Airborne Early Warning (AEW) capabilities are a force multiplier for contemporary armed forces. China developed its first AEW aircraft in the early 2000s, based on the Russian Ilyushin Il-76 transport aircraft, and named KJ-2000. Since then, China has developed AEW-variants of its Shaanxi Y-8 and Y-9 aircraft, and is currently working on a Xian Y-20 AEW aircraft and a KJ-600 carrier-borne AEW aircraft. Rotary wing capabilities are also in service with the Chinese Navy for shipborne operations, such as the Russian Kamov Ka-31 and the more recent Changhe Z-18J helicopters.

Note: This webinar is a 13 minute extract available for download. If you are an existing Janes data services subscriber click here to access the full 45 minute briefing. 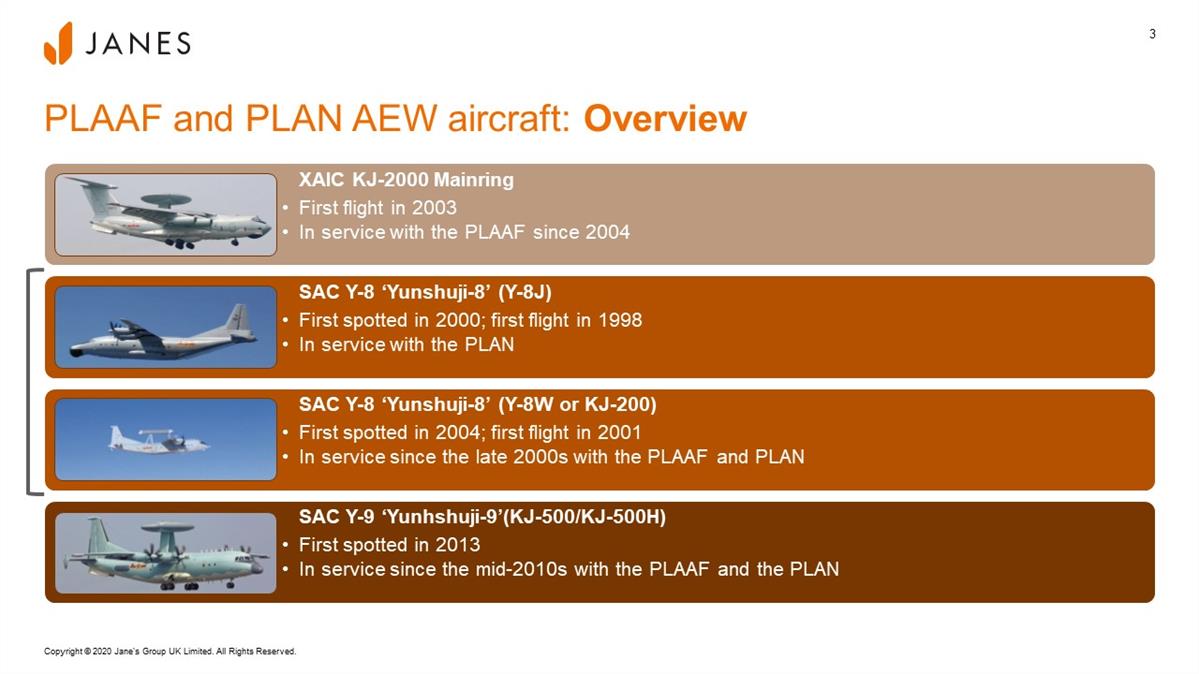