Next article
US strengthens industry ties with India and Australia

The Yemeni rebel group Ansar Allah (the Houthis) claimed to have carried out its longest-range ballistic missile attack to date on 1 August, when it said it targeted a military site in Dammam on Saudi Arabia’s eastern coast. 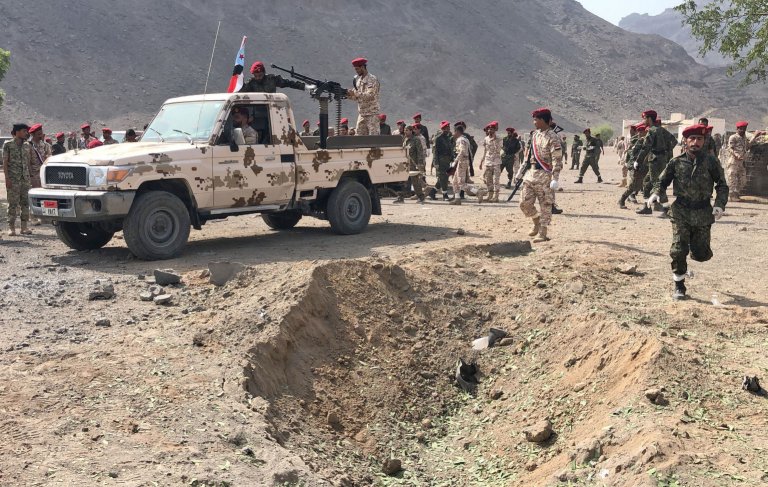 A crater that was more likely caused by a ballistic missile than a Qasef-2K is seen in the aftermath of the 1 August attack on Camp Jalala in the Little Aden area west of Aden port. (Nabil Hasan/AFP/Getty Images)

On the following day the group identified the missile that was used as the new Burkan-3, which it said had been developed to target the entire territory of the “countries of aggression” – a reference primarily to Saudi Arabia and the United Arab Emirates (UAE) – and bypass interceptor systems.

The Saudi authorities did not immediately comment on the claim and there was no corroboration that the attack took place.

The attack would have required a missile with a range of around 1,200 km, significantly further than the longest-range ballistic missile attack previously carried out by the group, which targeted the international airport north of Riyadh.

A missile with a 1,200 km range would be able to reach the major Saudi bases on the Gulf coast, as well as King Khalid Military City in the north of the kingdom and US bases in Bahrain and Qatar.

The missiles used in previous attacks on Riyadh have been identified as derivatives of Iran’s liquid-fuel Qiam ballistic missile.

The Yemeni rebel group Ansar Allah (the Houthis) claimed to have carried out its longest-range balli...