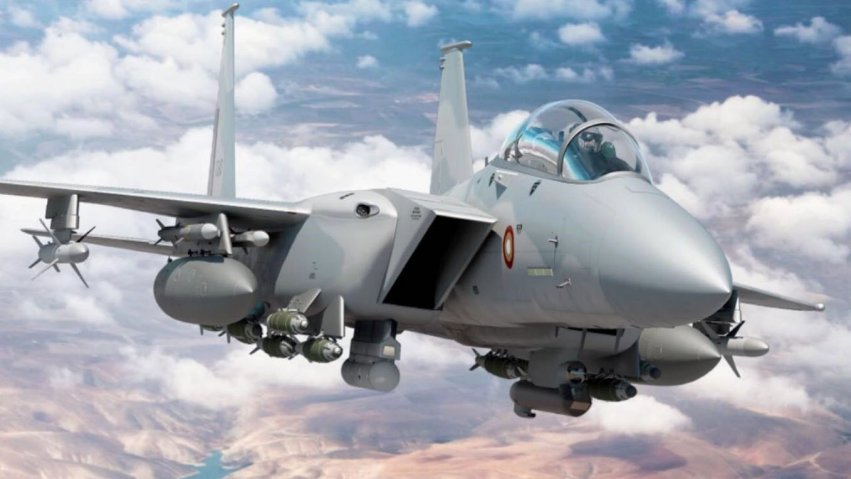 Qatar is due to receive 36 F-15QA combat aircraft by early 2023. The US Air Force has announced the building of associated infrastructure at Al Udeid Air Base, to be completed in time for the type’s ‘beddown’ in 2022. (Qatari Emiri Air Force)

The Air Force Security Assistance and Cooperation Directorate’s Foreign Military Sales (FMS) Construction Division recently awarded a USD524 million contract to a joint venture between Bahadir Construction Engineering Contracting and Trading Company, and Impresa Costruzioni Giuseppe Maltauro to begin construction of an operational fighter wing for the F-15QA at Al Udeid Air Base, Qatar, in time for the type’s ‘beddown’ in 2022.

”Before the fleet of F-15QAs can even touch the ground in Qatar, the complex at Al Udeid Air Base must be completed,” the AFLCMC said.

As noted in the announcement, approximately 35 buildings to include training, simulators, maintenance, supply, administrative facilities, and a mosque will be constructed on the campus designed by US engineering firm AECOM over the next two years. These will support three F-15QA squadrons with personnel who will train at the 650-acre complex.

“We worked closely with the [Fighter Bomber Directorate’s] F-15 Qatar Program Office to provide the necessary facilities and infrastructure to support the beddown of 48 [F-15QA] aircraft at Al Udeid Air Base, for the State of Qatar,” said J.P. ‘Jeep’ Wedding, the construction division’s Qatar Section Chief.