US Secretary of Defense Lloyd Austin has approved the establishment of a new command in Afghanistan that will be tasked with overseeing the few hundred US troops that will remain in the Central Asian country once Washington completes its military drawdown by the end of August.

The Kabul-based ‘US Forces Afghanistan Forward' command will be in charge of protecting the US diplomatic presence in the country, supporting security requirements at Hamid Karzai International Airport in Kabul, providing continued advice and assistance to the Afghan National Defense and Security Forces (ANDSF), and supporting US counter-terrorism efforts, Pentagon spokesperson John Kirby told reporters on 2 July.

The new command, which is currently being stood up, will be led by US Navy Rear Admiral Peter Vasely, whose command will be supported by US Army Brigadier General Curtis Buzzard, who will lead the Defense Security Management Office Afghanistan. That office will be based in Qatar and administer funding support for the ANDSF to include ‘over-the-horizon' aircraft maintenance support, noted Kirby.

As part of the ongoing drawdown process, Austin also approved a plan to transfer command authority over US Forces-Afghanistan (USFOR-A) from US Army General Scott Miller to US Marine Corps General Frank McKenzie, the head of US Central Command (USCENTCOM), added Kirby, pointing out that the transfer is set to become effective later this month. 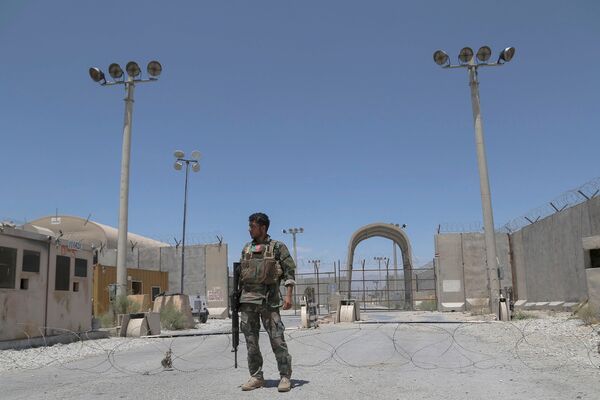 US Secretary of Defense Lloyd Austin has approved the establishment of a new command in Afghanistan ...

US defence electronics supplier Narda-MITEQ has completed its first acquisition as a stand-alone com...