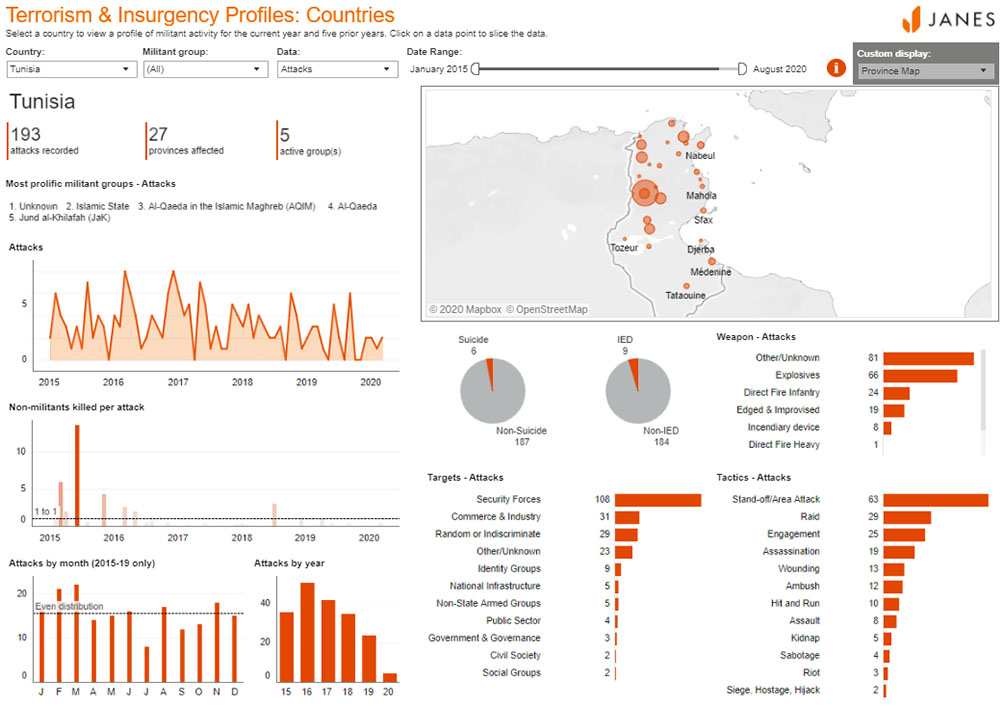 Suspected Islamic State militants killed one Tunisian police officer and severely wounded another in a combined vehicle-impact and knife attack in the northeast coastal city of Sousse, Sousse governorate, a popular tourist destination, on 6 September.

According to National Guard spokesperson Houcem Eddine Jebabli, the attack began when the militants drove their vehicle into a security checkpoint at a road junction near the city’s port. The militants then alighted and stabbed the two officers who had been manning the post, before stealing their sidearms and attempting to escape in their police vehicle.

However, security forces responding to the incident surrounded the militants following a short pursuit through the city’s El Kantaoui tourist district, which is currently largely deserted because of the Covid-19 pandemic, and killed three of the militants during an armed confrontation. Reports added that security forces recovered the vehicle and two pistols that the assailants had stolen.

Speaking at the scene of the attack later the same day, Prime Minister Hicham Mechichi reported that police had subsequently arrested a fourth suspect who had allegedly been in the vehicle that had been driven into the checkpoint. Mechichi provided no further details, noting only that whoever was responsible had planned the operation poorly.

Dashboard showing militant activity in Tunisia from the beginning of 2015 to 11 September 2020 (J...