The US Air Force (USAF) has issued a request for information (RFI) to chart a course for future capability upgrades to its fleet of Boeing F-15 Eagle-series combat aircraft. 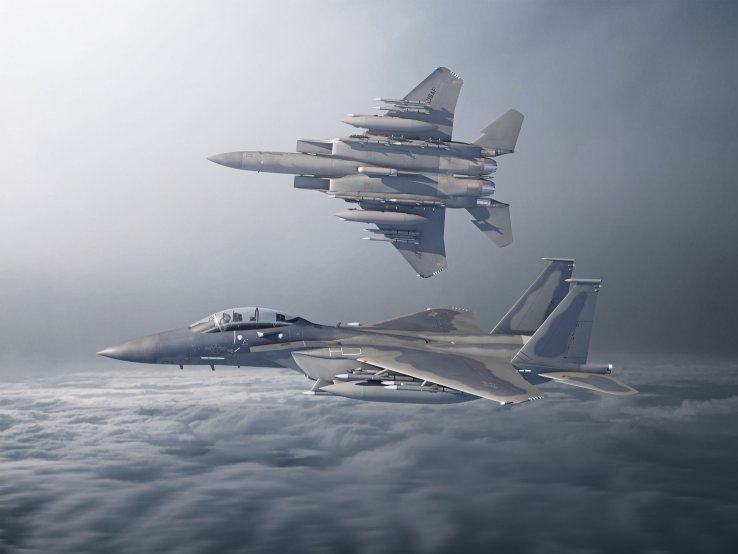 An artist’s impression of the F-15EX Advanced Eagle. The USAF is looking to chart a roadmap of future upgrades for this and the F-15E, with the issuance of an RFI to industry. (Boeing)

The F-15 Roadmap Candidate Collection RFI, announced by the Fighters and Advanced Aircraft Directorate, F-15 Division (AFLCMC/WAQ) on 21 July, seeks information regarding potential technology and capability improvements to be included in future F-15EX Advanced Eagle production and/or for incorporation into the legacy F-15E Strike Eagle fleet.

“The F-15 Division, in collaboration with Air Combat Command, hosted a warfighter (operator and maintainer) workshop to identify and prioritise current and future capability gaps. The workshop resulted in the creation of a single, prioritised list of gaps that generically fell into six categories,” the service said.

While the USAF published the six categories, it noted that the deficiencies identified in each of those categories were classified.

The US Air Force (USAF) has issued a request for information (RFI) to chart a course for future capa...