The US Air Force (USAF) plans to reduce its fighter fleet from seven platform types to about four, or “4+1”, according to its chief of staff.

General Charles Brown said on 12 May that these platforms will include the Fairchild-Republic A-10 Thunderbolt II close air support (CAS) aircraft as that platform will be around for some time because of a re-winging programme. The fighter mix, he said, will also include the new Next Generation Air Dominance (NGAD) platform, the Lockheed Martin F-35A Lightning II Joint Strike Fighter (JSF), the Boeing F-15EX Eagle II, and the Lockheed Martin F-16 Fighting Falcon. 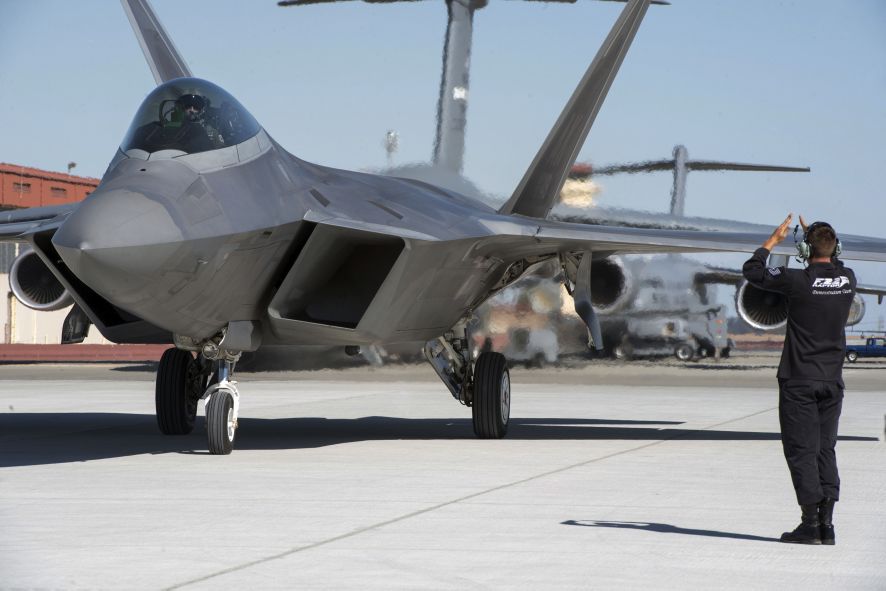 An F-22 arrives at Travis Air Force Base in California on 22 September 2016. The USAF plans to reduce its fighter fleet from seven platforms to roughly four, or “4+1”, but the F-22 was not included in a list provided by service Chief of Staff General Charles Brown, although a spokesperson later told Janes there were no plans to retire it “in the near term”. (US Air Force)

Notably missing from this list is the Lockheed Martin F-22 Raptor, which is considered the USAF’s most advanced air superiority platform. Gen Brown said additional F-35As could replace the F-16s, an older platform, but that this decision would likely be made six to eight years from now.

Gen Brown also said that the ongoing tactical air, or fighter, study, while helping shape the upcoming fiscal year (FY) 2022 budget request, is really designed to help him build his FY 2023 budget. While the tactical air study will not provide him an exact mix, Gen Brown said that he is really looking for a window of options.

The US Air Force (USAF) plans to reduce its fighter fleet from seven platform types to about four, o...