The US Air Force (USAF) is looking to invest in a Next Generation Aerial Target (NGAT) designed to affordably replicate the performance, signatures, and countermeasures of adversary fifth-generation aircraft.

A market survey activity laying out high-level requirements was instigated by the Aerial Targets Program Office (AFLCMC/EBAY) of the Air Force Program Executive Office for Weapons (AFPEO/WP) on 20 August with the release of a request for information (RFI). The USAF is targeting a development effort costing less than USD300 million and a NGAT unit production cost below USD10 million. 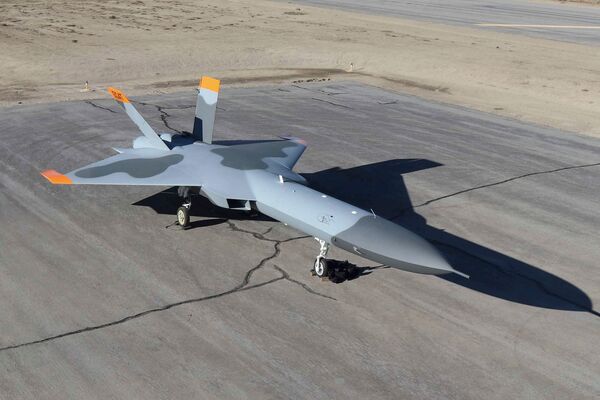 DOT&E's 5GAT demonstrator was designed to inform the NGAT programme. However, the first prototype crashed in October 2020. (US Department of Defense)

The RFI release comes less than a year after a Fifth Generation Air Target (5GAT) demonstrator was lost during initial flight testing. Design and development of the 5GAT full-scale low-observable target was funded by the Pentagon's Director, Operational Test and Evaluation (DOT&E) to prototype an aerial target that is able to adequately represent current and future threat aircraft characteristics.

According to the NGAT RFI and supporting documentation released by the Air Force Life Cycle Management Center, the requirement for a next-generation target suite to support test, training, and tactics development is being driven by the twin dynamics of a varied and proliferating threat set, and increasing downward pressure on budgets.

The US Air Force (USAF) is looking to invest in a Next Generation Aerial Target (NGAT) designed to a...