The US Air Force (USAF) has commenced the next phase of its effort to use its fleet of fixed-wing transport aircraft as launch platforms for long-range munitions. 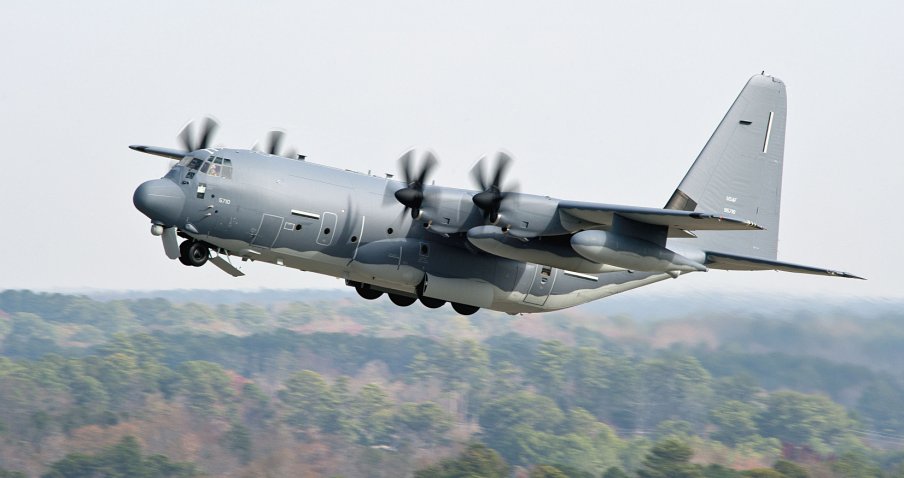 The USAF is experimenting with using its fixed-wing transport aircraft, including the MC-130J special mission Hercules, as launch platforms for long-range munitions. (Lockheed Martin)

The USAF Strategic Development Planning and Experimentation (SDPE) Office awarded Lockheed Martin a USD25 million contract to support the fourth phase of the service’s Palletized Munitions Experimentation Campaign (PMEC), under which airlifter such as the Boeing C-17 Globemaster III and Lockheed Martin C-130 Hercules would be used as air-to-surface weapons delivery vehicles.

“Initial studies show that airlifters have the potential to deploy large quantities of Joint Air-to-Surface Standoff Missile Extended Range [JASSM-ER] missiles, providing a significant increase in long-range stand-off scale and complementing traditional strike and bomber aircrafts. This innovative approach enables warfighters to launch offensive operations from a greater number of airfields and engage a larger number of near-peer adversarial targets,” Lockheed Martin said on 28 October. “The overall goal of the experimentation is to develop a modular system to deliver air-launched weapons, leveraging standard airdrop procedures and operations. The system will have the ability to be rolled on and off multiple types of aircraft, including the C-17 and C-130.”

As noted by Lockheed Martin, Phase I of the PMEC effort successfully accomplished five high-altitude airdrops from an MC-130J Commando II-variant Hercules and a C-17 earlier this year using simulated weapons. During this effort, the USAF tested the suitability of launching JASSM-ER long-range cruise missiles from an ‘arsenal’ airlifter, so named on account of the large quantity of munitions it would be able to carry.

The US Air Force (USAF) has commenced the next phase of its effort to utilise its fleet of fixed-win...