In April the US Air Force (USAF) awarded Washington DC-based Rhea Space Activity (RSA) a Phase 1 contract for collecting and disseminating lunaspatial intelligence (LUNINT) – meaning activity in cislunar space, as well as on the lunar surface. Sabre Astronautics is RSA’s project partner in the contract.

RSA is to develop a LUNINT dashboard, a three-dimensional situational awareness portal that will derive co-ordinates of notable objects in lunar orbits and on the lunar surface. In addition to the dashboard, RSA will suggest optimum satellite constellation architecture to monitor cislunar spacecraft in support of US space domain awareness objectives.

Cameo Lance, an RSA physicist, said the development of LUNINT was inevitable as the US armed forces seek to expand capabilities beyond geosynchronous orbit. Lance said in a statement that the company has recently seen a significant uptick of spacecraft headed to cislunar space by US near peer competitors. She noted China’s Chang’e 4 mission successfully landing a probe on the far side of the Moon, and China’s use of a communication satellite placed at the Earth-Moon L2 point for relaying communications to Earth. 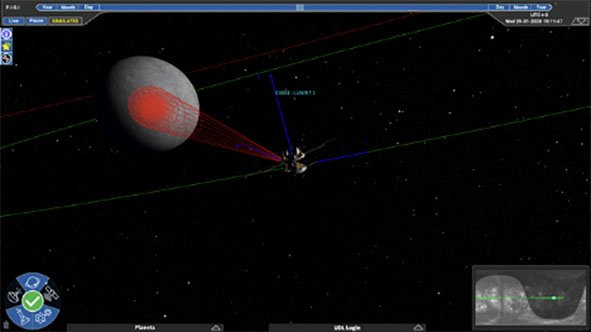 A depiction of a satellite in lunar orbit imaging the lunar surface. (Rhea Space Activity and Sabre Astronautics) 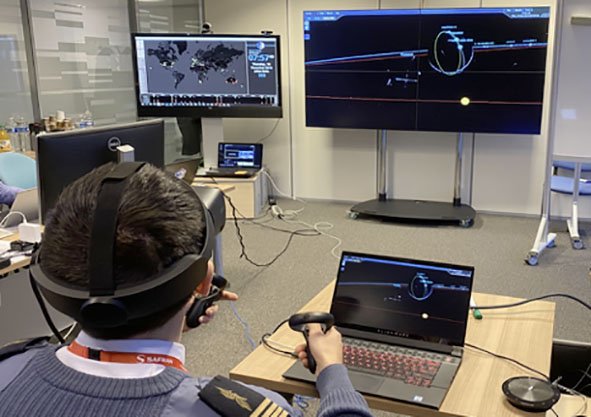