US, UK surge surveillance flights over Ukraine and Black Sea

US and UK surveillance aircraft have surged their operations in response to Russia’s military build-up along Ukraine’s eastern border and in Crimea since the end of March. 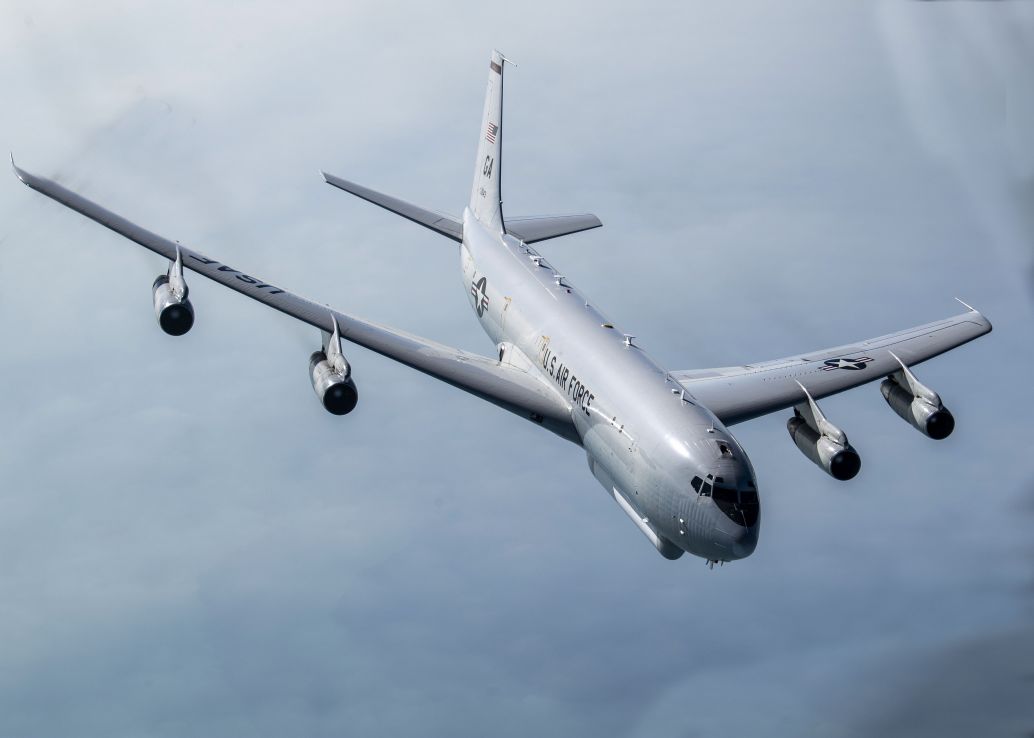 USAF E-8C JSTARS aircraft like the one pictured have been tracked flying along Belarus’s western border four times since 1 April. (USAF)

According to ADS-B transponder data, since the end of March, the United States and the United Kingdom have been flying daily surveillance missions over eastern Ukraine where government troops are facing off against Russian-backed separatists in the Donbass region and around the coast of Russian-controlled Crimea. Prior to the current crisis, allied surveillance missions were only flown two or three times a week.

The bulk of the missions are being flown by UK Royal Air Force (RAF) RC-135 Rivet Joint signals intelligence (SIGINT) aircraft, US Air Force (USAF) RQ-4 Global Hawk unmanned aerial vehicles, and US Navy P-8A Poseidon maritime patrol aircraft. RAF 51 Squadron aircraft have been tracked flying seven missions since 30 March from their home base at RAF Waddington in Lincolnshire. Since 1 April Global Hawks have flown four missions and P-8As have flown 10 missions, both from the US airbase at Sigonella in Sicily, Italy. USAF RC-135 and US Navy EP-3E SIGINT aircraft have also flown a handful of missions over the Black Sea from their forward operating base at Souda Bay in Crete, Greece. Some of the missions involve multiple aircraft being on station simultaneously near Russian-controlled territory.

US and UK surveillance aircraft have surged their operations in response to Russia’s military build-...