The US Navy’s Office of Naval Research (ONR) is looking to develop a new class of subminiature radio frequency (RF) signal processor payload for the sea service’s growing arsenal of unmanned platforms, according to a 13 May industry solicitation.

The new RF processing payload system being developed under the ONR programme, dubbed the Neptune Payload Prototype Project, will be designed to “support multiple RF missions with a limited set of hardware, a wideband transceiver capability with self-contained software-defined or reconfigurable hardware-accelerated processing as required”, the Request for Solutions (RFS) notice by the Strategic & Spectrum Missions Advanced Resilient Trusted Systems (S2MARTS) other transactional authority (OTA), stated.

Navy programme officials have set a five-year window for development work on the Neptune payload prototype, at an estimated cost of USD3.7 million over the duration of the effort, according to the RFS. The ONR engineers are open to integration of commercial off-the-shelf (COTS)-based software-defined radio technologies into prototype offerings, given those COTS technologies meet “current high-technology readiness levels (TRL)” as defined by the programme officials, the solicitation stated. 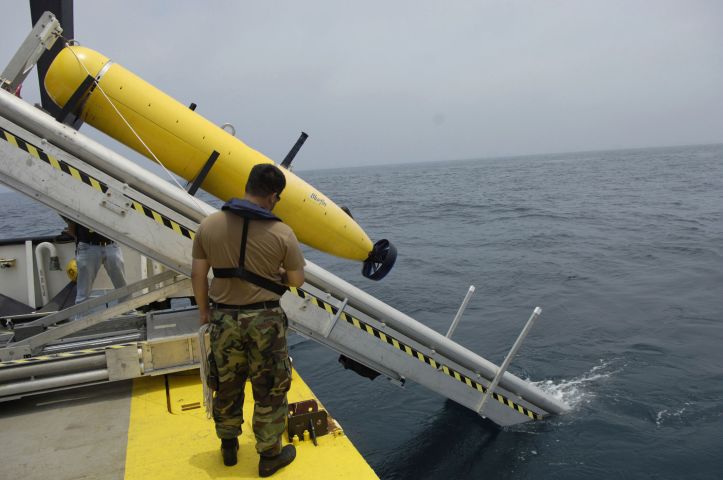 A US Navy Chief Aerographer's Mate with Naval Mine and Anti-Submarine Warfare Command in Corpus Christi, Texas, monitors the deployment of a Bluefin Autonomous Underwater Vehicle (AUV). (US Navy)

The US Navy’s Office of Naval Research (ONR) is looking to develop a new class of subminiature radio...