The arrival of the MQ-8C makes HSC-22 the first East Coast squadron to operate all three of these systems: the Sikorsky MH-60S Knighthawk helicopter, the MQ-8B Fire Scout, and the MQ-8C, the USN said on 18 September. The MQ-8C combines the capability of the MQ-8B with the MH-60S to improve the USN’s ability to investigate and target hostile surface contacts. 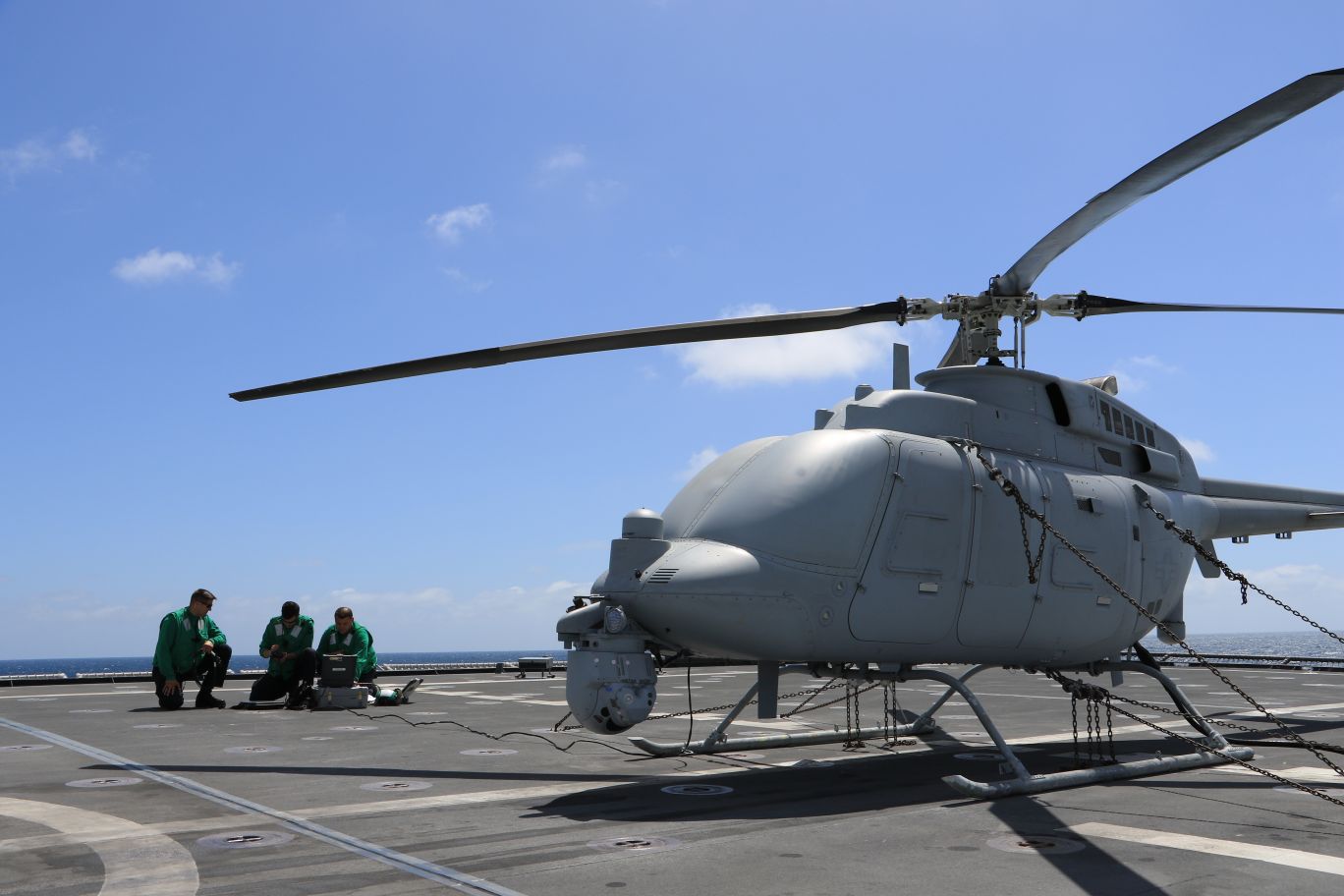 The MQ-8C Fire Scout seen on the flight deck of the Independence variant littoral combat ship USS Coronado (LCS 4) on 21 June 2018. The MQ-8C features a 30% increase in top airspeed over the MQ-8B. (US Navy)

USN spokesperson Commander Jennifer Cragg said on 23 September that HSC-22 will eventually take delivery of five MQ-8C aircraft during the next 18 months. The navy, she said, will retain the MQ-8Bs and MQ-8Cs at assigned Helicopter Sea Combat Squadrons. Cmdr Cragg said the MQ-8Bs will be modified to perform an airborne mine countermeasures mission.