US deploying B-52s, F/A-18s to protect troops withdrawing from Afghanistan amid high levels of violence

The United States is deploying additional military aircraft to bolster protection for US and coalition troops making their final withdrawal from Afghanistan as the fighting between Afghan government troops and the Taliban continues at a high level.

“To maximise force protection, we have bolstered our security with additional firepower. The SECDEF [US Secretary of Defense Lloyd Austin] has directed six additional B-52 long-range strike bombers and a package of 12 fighter-bombers, F[/A]-18s, postured to offer contingency support,” US Army General Mark A Milley, the chairman of the US Joint Chiefs of Staff (JCS), said during a 6 May briefing. 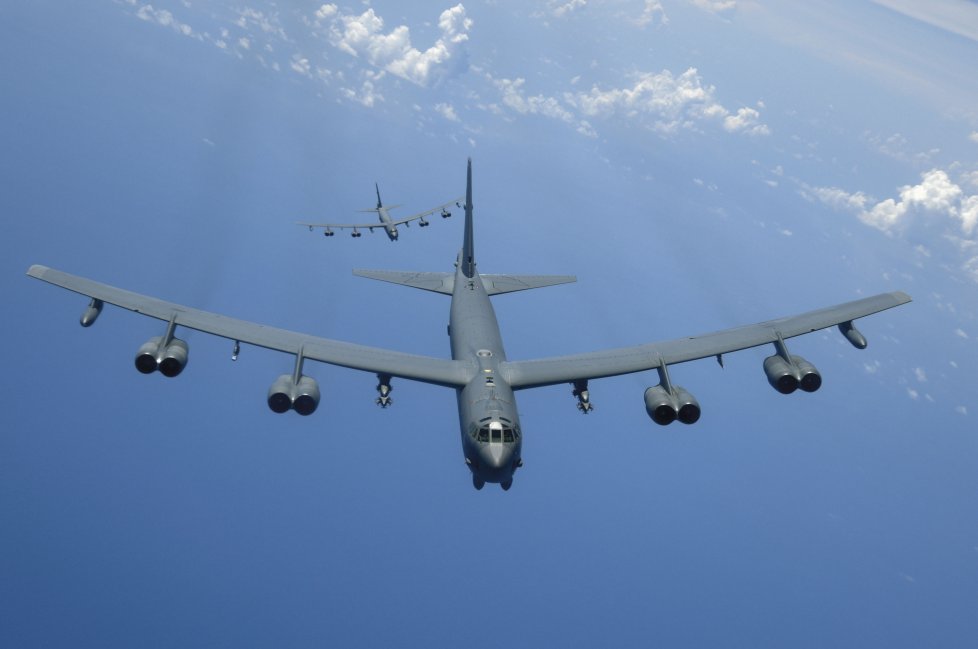 Washington is deploying additional aerial assets, including B-52 strategic bombers, to bolster protection for US and coalition troops as they withdraw from Afghanistan amid high levels of violence. (US Air Force)

Moreover, Austin, who also took part in the briefing, has “extended [the presence of] the Eisenhower Carrier Strike Group” in the Middle East to help cover the troop pullout, which is set to be completed “no later than September”, added the general.

“We came in with our allies and we will depart with our allies, shoulder-to-shoulder, and together we are all going to execute a fully co-ordinated, synchronised retrograde in good order,” said the JCS chairman, adding that so far the pullout is going “according to plan”.

“To date we have closed one base in Helmand. Approximately 60 C-17 equivalents have departed with various equipment and rolling stock, and over 1,300 pieces of equipment have been transferred either to the US Defense Logistics Agency for destruction or to the ANS[D]F [Afghan National Defense and Security Forces] for their use,” said Gen Milley.

The United States is deploying additional military aircraft to bolster protection for US and coaliti...