The US Army fired three M982A1 Excalibur weapons from its Extended Range Cannon Artillery (ERCA) prototype on 19 December, and after a rocky start the final round directly hit a target at a 70 km range.

For the past several years, the service has been looking at ways to close the field artillery gap against peer competitors such as Russia, and its final 2020 ERCA test event showed that it is one step closer to fielding such a capability.

“What we demonstrated a few minutes ago … is the success of a systems approach to upgrading our cannon system and the ERCA system is just that – a platform, the propellant, the projectiles and the fuses,” Brigadier General John Rafferty, the head of the Long-Range Precision Fires Cross-Functional Team, told reporters after the Saturday morning test fire. 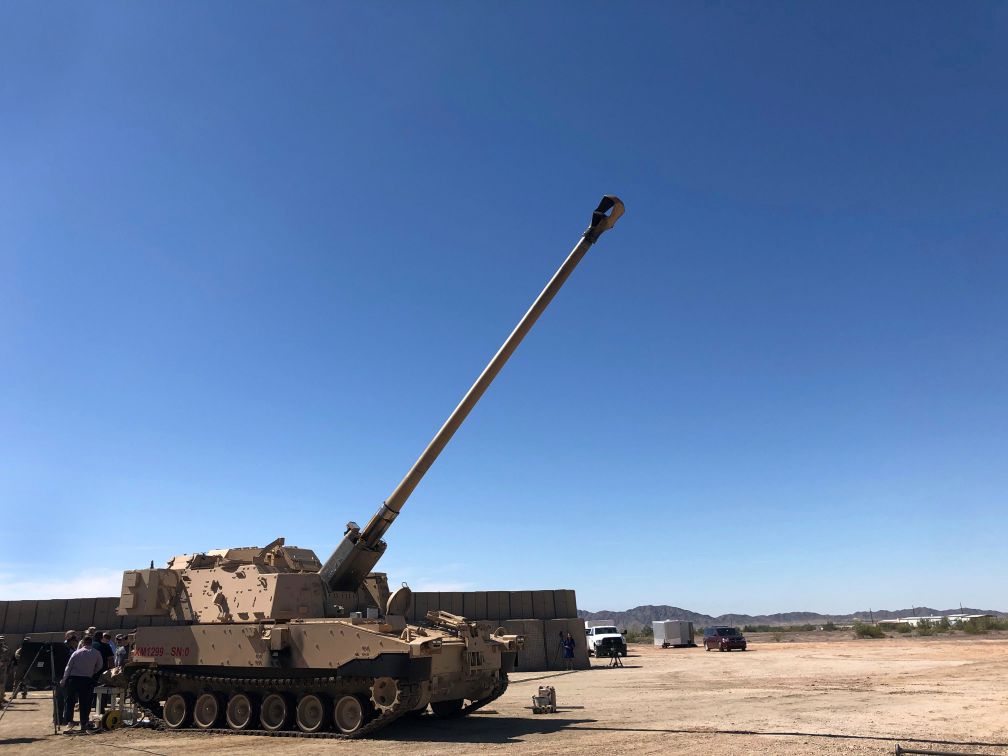 The XM1299 prototype zero pictured at Yuma Proving Ground, Arizona, during an event in March. In December the army used the platform to launch an Excalibur round that directly hit a target 70 km away. (Janes/Ashley Roque)

The first shot was taken with a standard round, but strong headwinds resulted in the weapon missing the target by approximately 100–200 m, according to Brig Gen Rafferty.