The US Army has begun fielding the new Initial Maneuver Short-Range Air Defense (IM-SHORAD) system and the first weapon is now in Ansbach, Germany with the 5th Battalion, 4th Air Defense Artillery Regiment.

Based around the Stryker A1 vehicle, the service announced the weapon fielding on 23 April and said it is part of a larger plan to field 144 systems to four battalions beginning this year. 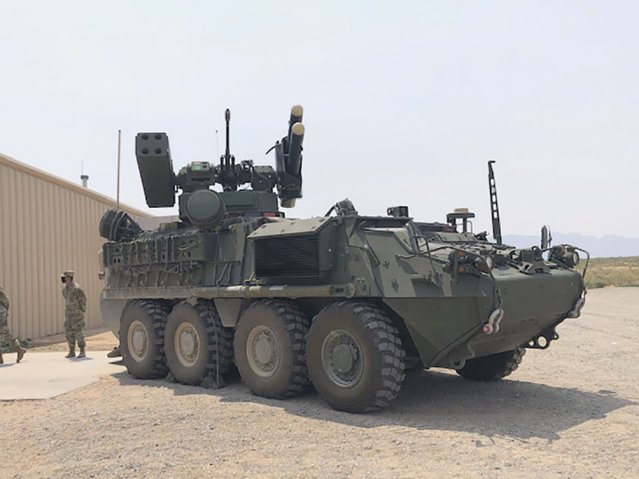 Shown here is an IM-SHORAD prototype at White Sands Missile Range, New Mexico, in 2020. The US Army has now fielded the first weapon. (Janes/Ashley Roque)

In the future, the army intends to develop an ‘enduring capability’ for additional battalions, in part, by expanding the target set to include rockets, artillery, and mortars. Additional potential capabilities could include directed energy.

General Dynamics Land Systems (GDLS) is leading the initiative and received a USD1.2 billion contract from the army to build the new vehicles last year. In December 2020 GDLS then awarded Leonardo DRS an ‘initial’ contract, as part of a five-year deal, valued at more than USD600 million.