US defence company Raytheon has completed integration of its mobile gunshot detection technology into the Pentagon’s main mobile battlefield network software, which handles all combat management operations for the US armed forces.

Programme officials within the company’s intelligence and space directorate fused the Boomerang Warrior-X Dismounted Soldier Gunshot Detection System with the Android Team Awareness Kit (ATAK), providing tactical operations centres (TOCs), for the first time, the ability to track and pinpoint incoming small arms enemy fire in real time. “We are entering an era where Boomerang sensors cannot only assist in providing a bubble of protection to individual users but can also transmit the precise location of enemy shooters to all friendly forces on the network, Raytheon BBN Technologies President Brad Tousley said in a 15 July statement. 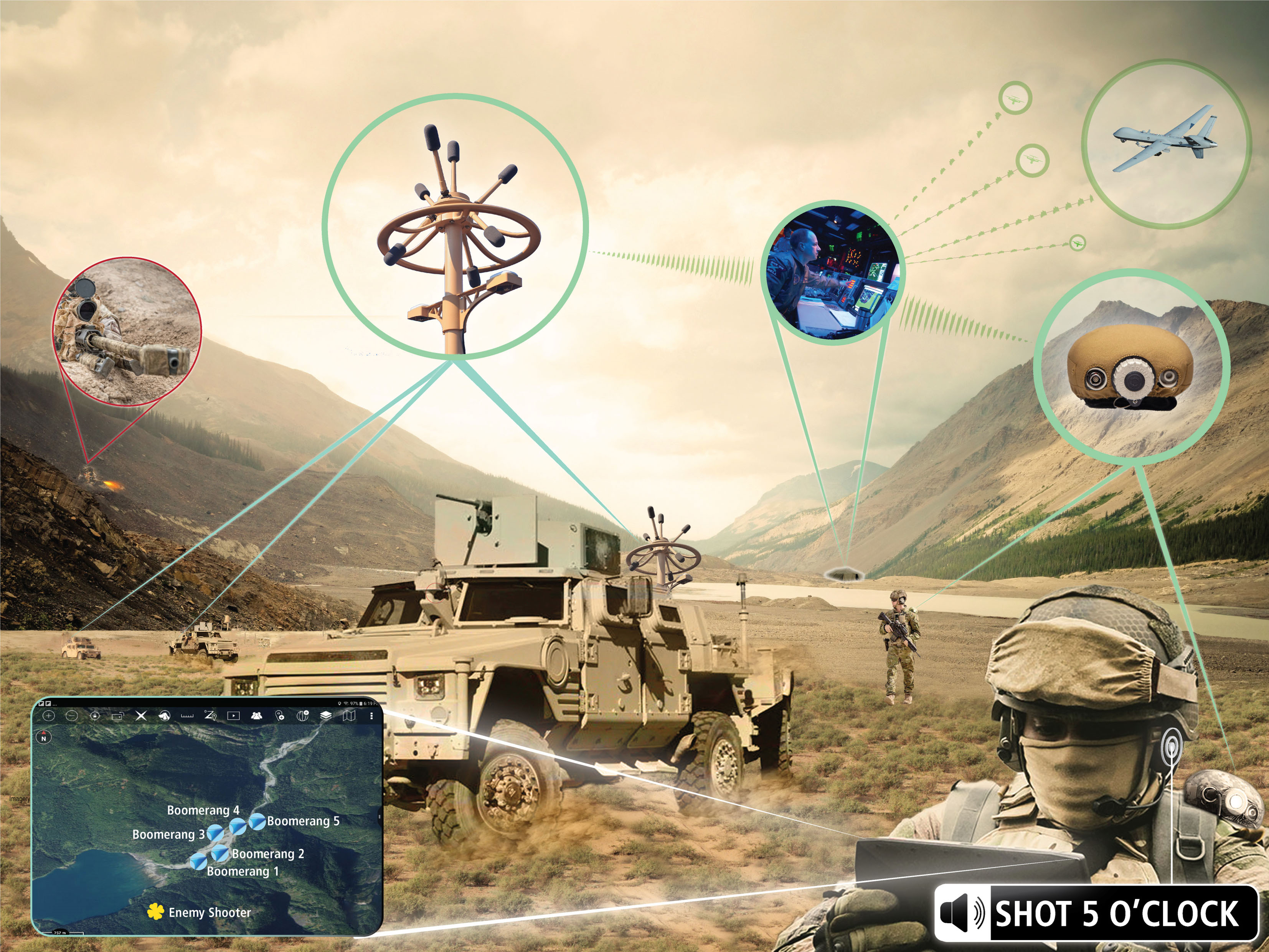 An informational graphic by Raytheon depicting integration of the Boomerang shot detection programme with the US Army’s Android Team Awareness Kit. (Credit: Raytheon)

The Boomerang Warrior-X system is the man-portable variant of Raytheon’s Boomerang III gunshot detection system, fielded to US armed forces units beginning in 2011.

The Boomerang III system is built around a cluster of vehicle-mounted audio sensors that can detect the direction of enemy small arms fire, as well as measure muzzle blast and bullet velocity. As the sound of the projectile is picked up by the various sensors at different intervals, the Boomerang III calculates the projectile’s speed, trajectory, and flight path ultimately directing soldiers to the origin of the gunfire. The system is designed to detect and track incoming small arms fire within 30 meters of the intended target, according to a company fact sheet.