The United States appears to have confirmed an expanded procurement by Qatar of the Boeing F-15QA Advanced Eagle combat aircraft, with recent Department of Defense (DoD) articles and notifications referring to a larger number than officially contracted. 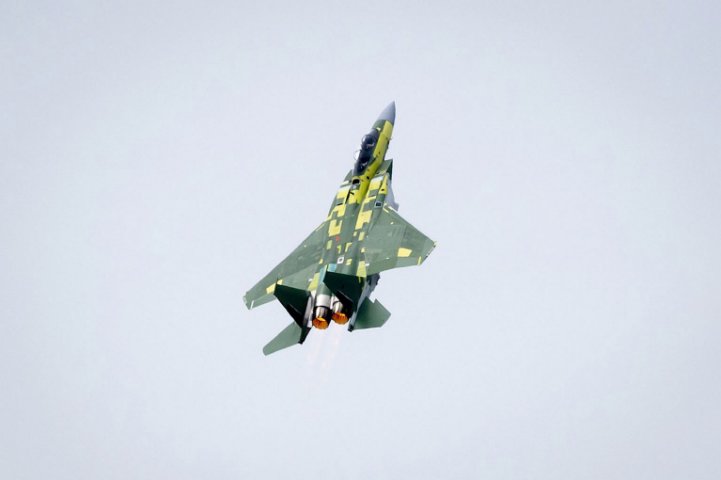 The first of an official 36 F-15QA fighters departs Boeing’s St Louis facility on its maiden flight earlier in 2020. Recent official US military notifications appear to indicate that Qatar’s procurement has now been expanded to 48 aircraft. (Comment)

The Gulf state is currently contracted to receive 36 of the latest-generation multirole fighters, with a deal signed in December 2017. However, since at least late-May the DoD has issued no fewer than four official statements in which it has referred to a buy of 48 aircraft. The US State Department initially cleared Qatar to buy 72 aircraft, so this expanded procurement would be in line with current Congressional approvals.

On 23 May the DoD disclosed that the US Army Corps of Engineers had contracted Doha-based company BAH-ICM JV to build facilities for the Qatar Emiri Air Force’s (QEAF’s) new fleet. In the notification, the department said; “The Foreign Military Sales (FMS) purchase of forty-eight (48) F-15QA aircraft improves the State of Qatar's capability to meet current and future enemy air-to-air and air-to-ground threats”. Janes noted this discrepancy in the numbers at the time, but as it was the first such occurrence this suggested that it may have been in error.