Russia has continued its build up of amphibious forces in the Black Sea for upcoming exercises with the passage of four Project 775 Ropucha-class large landing ships through the Bosphorus on 17 April. 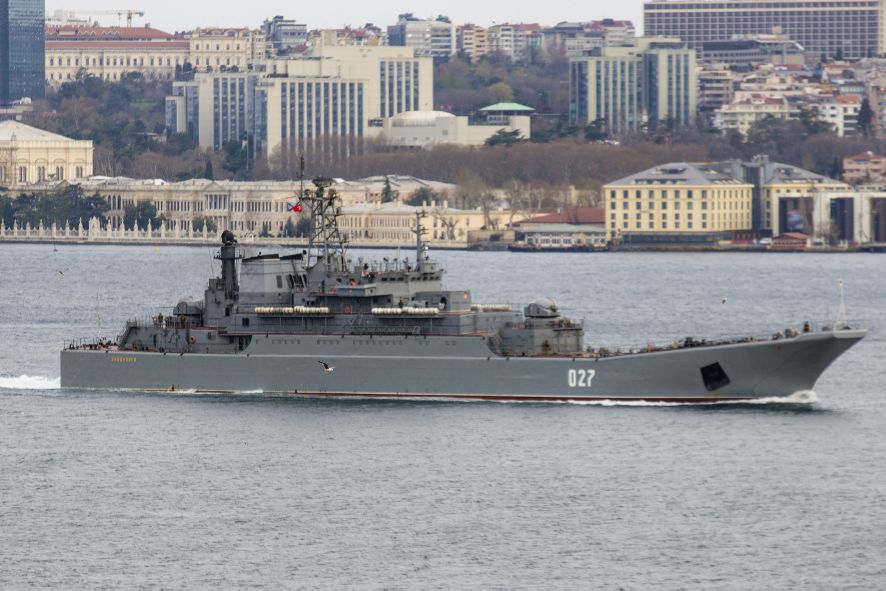 The four ships – Kaliningrad and Korolev from the Baltic Fleet, and Kondopoga and Aleksandr Otrakovskiy from the Northern Fleet – passed northbound through the Bosphorus en route to the Black Sea, according to amateur ship watchers who posted photographs of ships moving through the waterway online.

On the same day, 15 Caspian Sea Flotilla vessels, including three artillery boats, eight landing craft, and four support vessels, were filmed by local media passing under the Kerch Bridge and then sailing west towards Sevastopol, possibly to link up with the Ropucha-class ships.

According to a Black Sea Fleet statement, the Caspian Flotilla vessels are now under its operational control for upcoming exercises.

The exercises are now expected to last well into the third quarter of this year, with several sections of the Black Sea being closed to passage by foreign vessels between 24 April and 31 October, according to the weekly bulletin of the Navigation and Oceanography Directorate of the Russian Ministry of Defence.

Russia has continued its build up of amphibious forces in the Black Sea for upcoming exercises with ...