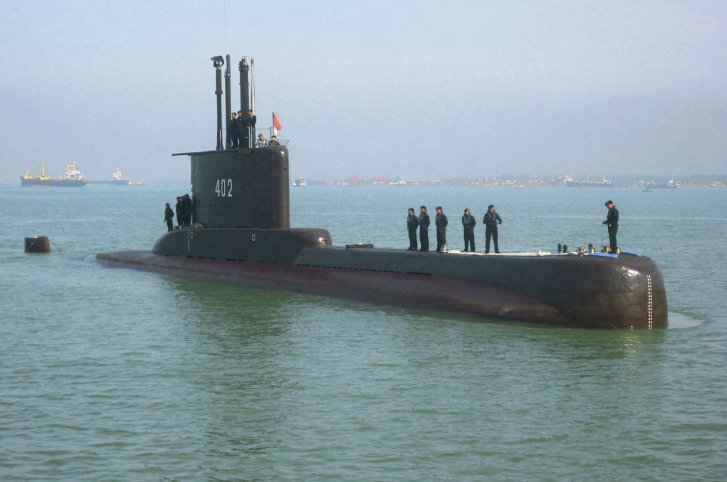 Indonesian SSK KRI Nanggala , seen here in a file photo, was reported missing in the Bali Sea on 21 April. (TNI-AL)

An Indonesian Cakra (Type 209/1300)-class diesel-electric submarine (SSK) has been reported missing and an attempt to find it and rescue the crew is currently under way.

Indonesian Navy (Tentara Nasional Indonesia – Angkatan Laut: TNI-AL) sources told Janes that the missing boat, KRI Nanggala (402), was deemed to be in distress after missing a scheduled reporting call with the TNI-AL at about 03:00 h (local time) on 21 April.

Subsequently, the TNI-AL sent out a distress call to the International Submarine Escape and Rescue Liaison Office (ISMERLO) at about 09:37 h to report the boat as missing, with the presumption that it has sunk.

Nanggala is believed to have disappeared about 26.5 n miles northwest off Singaraja on the island of Bali. Janes understands that the submarine was at that location to conduct a torpedo drill.

The TNI-AL has dispatched several vessels to the area to help find the missing boat, including hydrographic ship KRI Rigel (933). Other ships currently on the scene include the TNI-AL’s Fatahillah (361), Bung Tomo (357), and Teuku Umar (385) corvettes.

Nanggala is a German-built vessel that has been in service since 1981. It is one of two submarines of the class operated by the TNI-AL. It is 60 m long and displaces 1,400 tonnes when submerged.