The new vehicles have been delivered to Ukraine’s Airborne Assault Force as well as its Marine Corps; the former received T-80UDs while deployed against separatist forces in the Donbass in 2015.

The press release also states that the Kharkov Armour Plant is scheduled to begin work this year to upgrade some of the T-80UDs in service with Ukrainian forces to the T-84 standard. 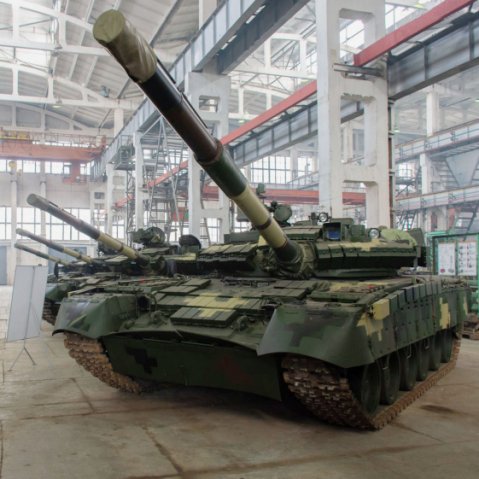 An upgraded Ukrainian T-80BV, recognisable from the lack of infrared sight to the left of the gun. UkrOboronProm claims that the ERA on this MBT provides protection from the latest anti-tank weapons, but no details have been provided as to how this is achieved. (UkrOboronProm)

No quantities were provided for the number of tanks involved in these upgrades, but the release stated that the T-80BVs were upgraded to the same standard as the T-64 2017-standard tanks reported on by Jane’s in February.

It is understood that the upgrade includes thermal imaging capabilities for the gunner and the commander, as well as a digital navigation system, encrypted radios, and improved protection in the form of explosive reactive armour (ERA).

The upgrade is carried out as the tanks undergo routine maintenance, with the new optical systems designed to fit into pre-existing housings, greatly reducing the time needed to complete the upgrade.

The Ukrainian armed forces have received upgraded T-80BV main battle tanks, according to a 1 March p...

Belarus has signed a contract with Uralvagonzavod for the modernisation of 11 T-72B main battle tank...