Defence Minister Andriy Taran approved the adoption of the RK-360MC Neptune coastal defence missile by the nation’s armed forces on 23 August based on the results of its state trials. 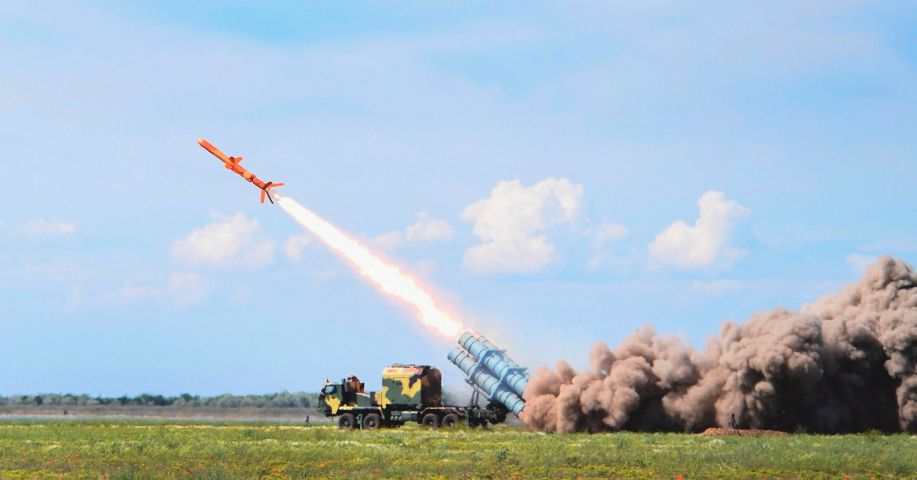 The RK-360MC is a land-based cruise missile system armed with the R-360 anti-ship missile designed to destroy warships, landing ships, and transports operating both independently and in groups, landing units, and coastal radio-contrast targets in normal and difficult meteorological conditions any time of the day and year in face of enemy fire and electronic countermeasures.

The ground platform is a modified KrAZ-7634NE all-wheel drive 8×8 chassis with a 460 hp engine and automatic transmission. The platform carries four transport and launch containers with missiles.