The UK is to sell one of its soon-to-be-retired Boeing E-3D Sentry Airborne Early Warning and Control System (AEW&C) to the US Navy (USN) as a surrogate trainer for the Boeing E-6B Mercury long-endurance command, control, and communications (C3) aircraft. 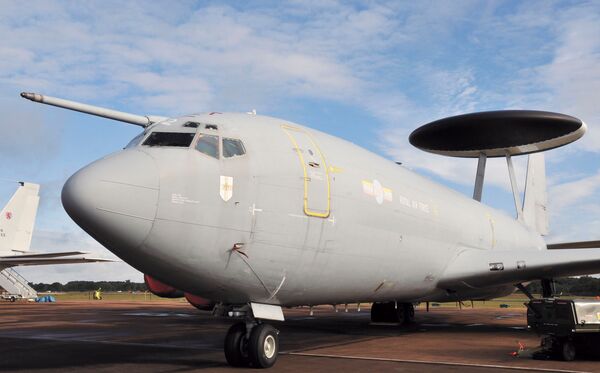 With the UK to shortly retire its remaining E-3D Sentry AEW&C aircraft, one is to be bought by the US Navy to be used as a surrogate trainer for the E-6B. (Janes/Patrick Allen)

The anticipated sale was identified in the USN's fiscal year (FY) 2022 budget proposal released earlier in June, and comes some eight months after Janes first reported the navy's plan to purchase an E-3D to act as a flight trainer for the E-6B to reduce fatigue on the C3 fleet of 16 aircraft, dubbed ‘Doomsday' on account of their nuclear control mission.

“The United Kingdom has identified a suitable and representative aircraft for the USN to procure,” the budget proposal said. “FY 2021 funds will be used for the procurement of one in-flight trainer, which will be dedicated to required pilot training on the ageing operational E-6B aircraft.” While no timeline for the deal was disclosed, its value was given as USD16 million.

Both the E-6B and the E-3D share the same Boeing 707-320 airframe. Being fitted with the same flight controls and systems and engines would enable all non-mission-related training to be conducted on the cheaper and non-operational surplus E-3D instead.