UK to expand base in Oman

The United Kingdom will invest an additional GBP23.8 million (USD31 million) to expand its logistics hub at the Omani port of Duqm, the UK Ministry of Defence (MoD) announced on 12 September. 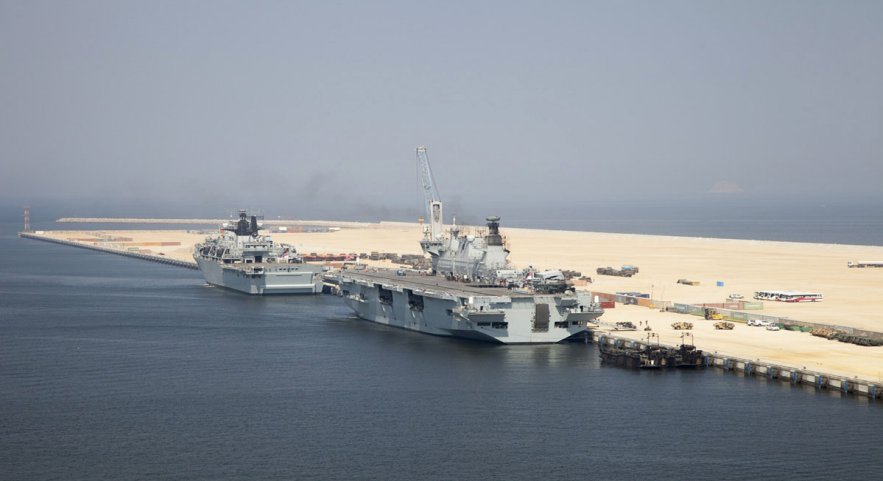 “The investment in the Omani port will triple the size of the existing UK base and help facilitate Royal Navy deployments to the Indian Ocean,” it said.

The announcement was made during a visit to Oman by Secretary of Defence Ben Wallace, who visited both Duqm and the Musandam Peninsula that overlooks the Strait of Hormuz.

The MoD revealed in August 2017 that the UK Joint Logistics Support Base was being constructed at Duqm. The facility was used to support Exercise ‘Saif Sareea 3’ in October-November 2018, which involved British and Omani air, land, and naval forces.

The United Kingdom will invest an additional GBP23.8 million (USD31 million) to expand its logistics...