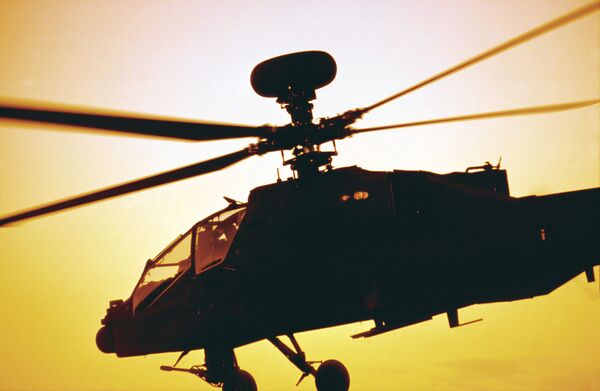 The Ministry of Defence has opted to equip its AH-64E Apache fleet with the US-built JAGM missile rather than the UK-built Brimstone. (Janes/Patrick Allen)

Answering questions in parliament, Minister of State for Defence Procurement Jeremy Quin said that the US-built JAGM has been selected along with the Lockheed Martin AGM-114 Hellfire to equip the British Army Air Corps' (AAC) fleet of 50 AH-64E helicopters.

“The JAGM for the new AH-64E Future Attack Helicopter has been selected. This missile is designed for helicopter use and is already integrated within the aircraft, simulators, and mission planning systems. In addition to JAGM, the Hellfire K1 [AGM-114K1] and Hellfire Romeo [AGM-114R] missiles will also be fully qualified and integrated onto the aircraft”, Quin said in late May, making no reference to the UK-built MBDA Brimstone that had previously been touted for the role.

The minister's statement came three months after Janes first reported that the UK had been included in a US Department of Defense (DoD) contract for an undisclosed number of JAGM missiles. At that time, Janes understood that a single missile was being acquired by the Ministry of Defence (MoD) for testing alongside the Hellfire and Brimstone missiles in the common launcher. That contract, announced on 11 March, has a completion date of 31 December 2023. From Quin's answer, it appears that follow-on production orders for the JAGM will now be placed.

The United Kingdom has selected the Lockheed Martin AGM-179 Joint Air-to-Ground Missile (JAGM) for i...