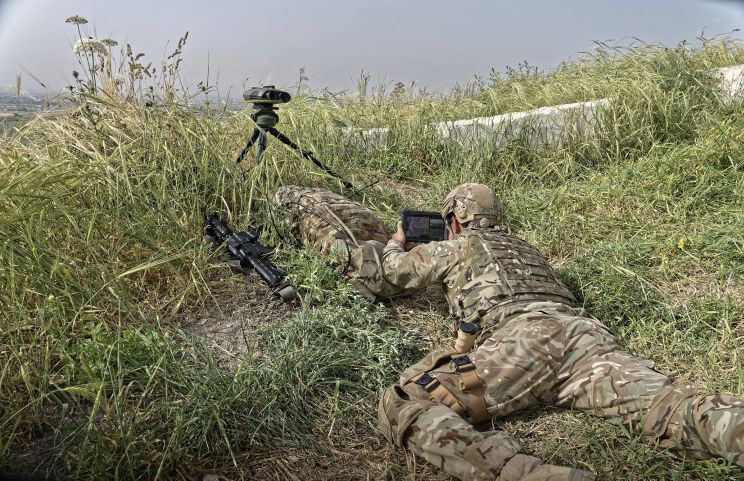 The DJFI is based on Elbit Systems’ Hattorix target acquisition system, consisting of a goniometer, a mission computer, a touch-screen display unit, and a lightweight tripod, integrated with the CORAL thermal imaging (TI) electro-optic camera, and the Rattler XR laser target designator (LTD). It also integrates Elbit Systems’ TORCH-X battle management application (BMA) that is the core of the British Army’s future BMA, which will be delivered as part of the C3 modernisation programme, Project Morpheus.

A British Army spokesperson told Janes that the system “will also integrate a large amount of current capabilities such as the Joint Common Remote Viewing Terminal (JCRVT), current VHF and ground-to-air radios, and several in-service software applications”. The JCRVT provides full motion video and other data from airborne assets to support joint fires and is based on L3Harris’s Remotely Operated Video Enhanced Receiver (ROVER) handheld tactical video receivers and 6i transceivers. According to an army statement, there will be six different DJFI equipment suites tailored to different mission roles.