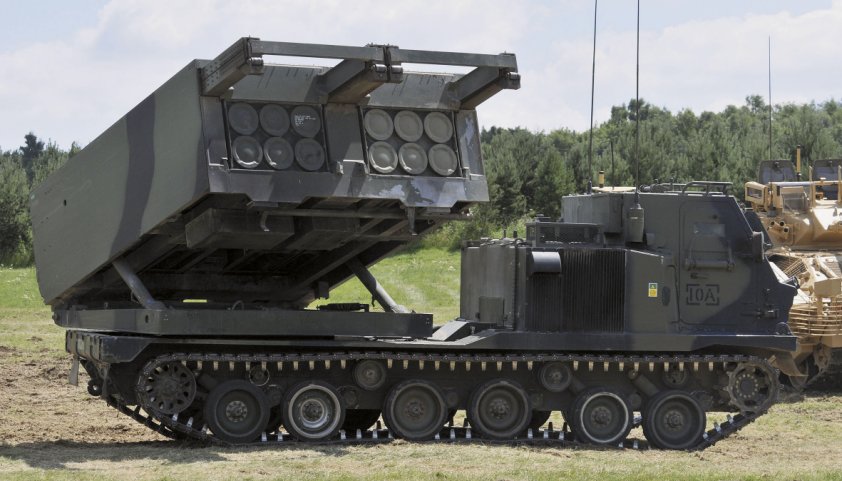 The British Army has announced that its MLRS will be upgraded over the next five years. (Janes/Patrick Allen)

The project, the launch of which followed an agreement with the US Department of Defence, will begin next year with the installation of improved armoured cabs on the first of 44 launcher vehicles, the British Army announced on its website on 31 March.

In addition, upgraded automotive and launch mechanism components will be installed at the US Army’s Red River Depot in Texas and Lockheed Martin’s facility in Camden, Arkansas.

The British Army also aims to fit UK-specific systems to its improved launchers, including composite rubber tracks, a vehicle camera and radar system.

“The 44 updated launchers will also be able to fire the US Precision Strike Missile (PrSM), which has a range of 499 km and is expected in service from 2024,” said the announcement. The PrSM is the proposed replacement for the US MGM-140 Army Tactical Missile System (ATACMS). “These weapons will place the British Army at the cutting edge of global deep fires capability, ready to respond to long-range air defence and missile threats presented by hostile actors.”

The British Army said the Extended-Range Guided MLRS, which will extend its reach to 150 km, should be in Royal Artillery service by 2025.

The United Kingdom has launched a five-year programme to upgrade the British Army’s M270 Multiple La...