The UK Royal Air Force (RAF) is to retire its fleet of Lockheed Martin C-130J/C-130J-30 Hercules transport aircraft earlier than planned, the Ministry of Defence (MoD) disclosed on 22 March. 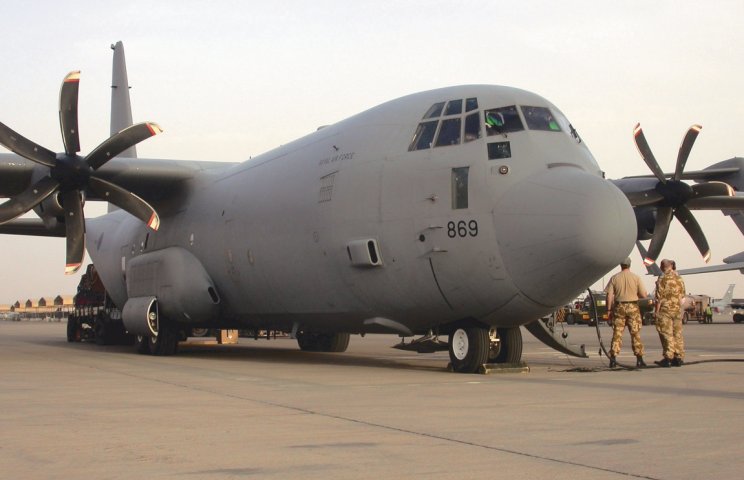 The RAF is to fly its 14 remaining C-130J/C-130J-30 airlifters through to 2023, with the type having been prematurely withdrawn from service. (Crown Copyright)

According to the Defence Command Paper released the week after the UK’s Integrated Review, the RAF’s one remaining short-bodied C-130J C5 and 13 long-bodied C-130J-30 C4 variant Hercules airlifters are to be withdrawn from service in 2023, some 12 years earlier than planned.

With nine C-130J C5s having previously been sold off to foreign customers and one still pending sale, this change in the out-of-service date (OSD) for the remaining fleet follows earlier service life extensions from 2022 to 2030, as announced in the Strategic Defence and Security Review (SDSR) 2015, and from 2030 to 2035 as first reported by Janes in July 2019.

The loss of the 14 remaining C-130J/C-130J-30s makes for an approximately 23% reduction in the UK’s fixed-wing airlift fleet, with eight Boeing C-17 Globemaster IIIs, 22 Airbus Defence and Space (DS) A400M Atlases and 10 ‘core’ Airbus DS A330 Voyagers remaining. Besides the loss in aircraft numbers, the retirement of the Hercules means that the A400M will be the smallest fixed-wing transport aircraft in UK service, which means many smaller intra-theatre loads of cargo and/or troops will be moved in a not very economical manner.