UAE withdraws forces from Eritrea base

The United Arab Emirates (UAE) is withdrawing at least some of its forces from a base it established at Assab airport in Eritrea in 2015 to support operations in Yemen and the Red Sea, satellite imagery published by the Associated Press on 18 February indicates. 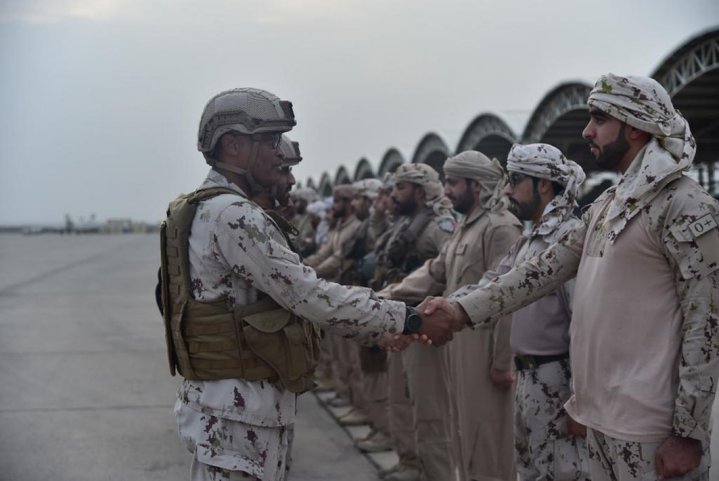 The UAE has never admitted it has a base in Eritrea, although its official news agency released this photograph in August 2019 showing personnel at the facility. They are standing in front of the 12 aircraft shelters that have not been dissembled as yet. (WAM)

The Planet Labs satellite imagery from 5 February shows that the eight large aircraft shelters that were completed on a new apron in July 2020 have been removed. The three shelters known to have been used by long-endurance unmanned aerial vehicles in the recent past were also gone, although the 12 shelters previously used by strike aircraft remained and some helicopters and transport aircraft were still on the main apron.

There were no major warships at Assab port or in the dock that was built close to the airport, although some patrol boats remained. The UAE navy’s corvettes and larger landing ships used the commercial port as their Red Sea base until sometime in the second half of 2020, at which point they moved to the new dock, which was carved out of the coastline with extensive dredging.

Since the dock became operational in 2017, there have been large numbers of vehicles lined up close by, presumably for onward shipment to the UAE’s Yemeni allies, but most of these were gone on 5 February.

The United Arab Emirates (UAE) is withdrawing at least some of its forces from a base it established...