Next article
Update: FNSS to complete delivery of AACE vehicles to Philippines in early 2023 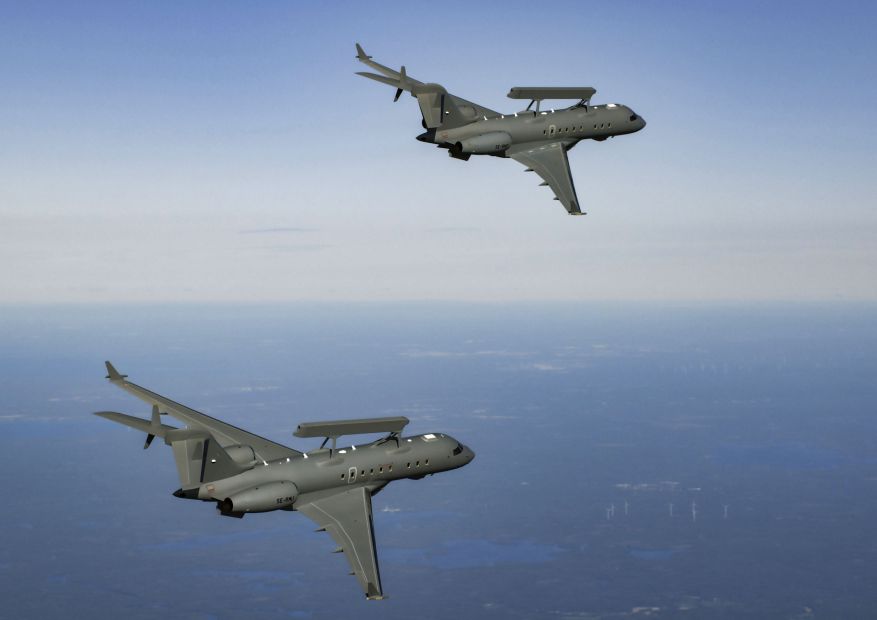 The UAE has signed for two more GlobalEye AEW&C aircraft to add to the three already under contract and being delivered. (Saab)

The Swedish manufacturer announced on 4 January that it had received a follow-on contract valued at USD1.018 billion, running from 2020 (the order was placed on 31 December 2020) to 2025. This award adds to the original Swing Role Surveillance System contract for three of the Bombardier Global 6000 business jet-based aircraft signed in 2015.

News of the follow-on order came three months after Saab delivered to the UAE Air Force and Defence (AF&D) the second of the initial three platforms in late September 2020, with the first having been handed over in late April 2020. The third and final contracted aircraft is due to arrive in the UAE before the end of 2021.

As previously described to Janes , the GlobalEye platform is built around the Saab Erieye Extended Range (ER) S-band (2–4 GHz) radar that is housed in the same external dorsal ‘plank’ as the company’s original Erieye system. Equipped with gallium nitride (GaN) and other technologies, the Erieye ER is an active electronically scanned array (AESA) system that doubles the radar’s power efficiency compared with previous Erieye iterations. It has a range in excess of 650 km that, as with all AESA radars, can be dramatically extended by focusing the radar’s energy in a particular direction. Saab has said the Erieye ER is resistant to jamming and features all-weather functionality in all domains (air, sea, and land surveillance), as well as an “extremely high” tracking update rate against targets of interest.