The Turkish military made extensive use of unmanned aerial vehicles (UAVs) during the eight days of intense fighting in Syria’s Idlib province that came to an end with a ceasefire at midnight on 5-6 March. However, the loss of at least four aircraft raised questions about their ability to counter Syria’s ground-based air defences. 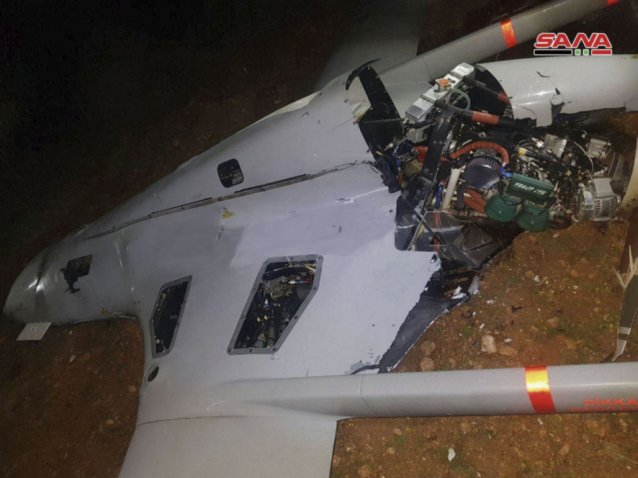 UAV operations surged over Syria after 34 Turkish soldiers were killed in an airstrike in southern Idlib on 27 February. The Turkish Ministry of National Defence (MSB) subsequently claimed to have inflicted hundreds of Syrian casualties, and destroyed dozens of tanks, armoured vehicles, and artillery pieces.

Although the MSB did not explicitly credit UAVs with all this destruction, it released several video clips showing attacks that were almost certainly carried out by unmanned aircraft. It also highlighted this aspect of the operation by giving CNN Turk access to a base – probably at Hatay Airport – from where Bayraktar TB2 armed UAVs were being flown.

Meanwhile, the Turkish media reported that ‘SİHA’ (the Turkish abbreviation for armed UAVs) were carrying out “swarm” attacks against the Syrian military.

While the initial round of Turkish UAV attacks appeared to be largely unopposed, Syrian air defence assets began to engage the aircraft from 1 March. Two days later, Al-Masdar News cited Syrian military sources as saying as many as seven UAVs had been shot down. On 4 March, the Izvestia newspaper cited Russia military sources as saying fiveAnka and seven Bayraktar TB2 UAVs had been shot down by Syrian Buk and Pantsir air defence systems.

The Turkish military made extensive use of unmanned aerial vehicles (UAVs) during the eight days of ...