The Turkish Navy’s first dedicated intelligence-gathering ship has started sea acceptance tests. Ufuk (A 591) was observed sailing in the Gulf of Izmit on 18 July. 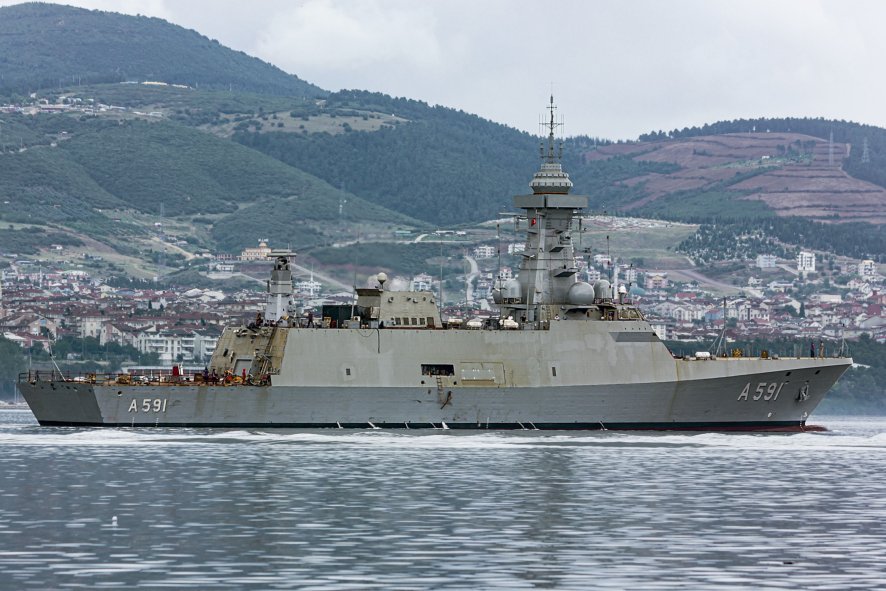 The new ship was designed by STM and built at Istanbul Shipyard under a contract awarded in 2017. The vessel was laid down in 2018 and launched on 9 February 2019.

Ufuk is derived from the MilGem (Ada-class) corvette design, but features a different main propulsion system and changes to the superstructure.

It features the same hull dimensions as the Ada class, with an overall length of 99 m, a beam of 14.1 m and a draught of 3.6 m. However, Ufuk is expected to be at least 100 tonnes heavier than the Ada corvettes at around 2,400 tonnes.

Unlike the Ada class, the intelligence-gathering ship has no hangar or armament – although it is equipped with a flight deck to support a 10-tonne helicopter and will be equipped with some small calibre machine guns for self-protection (although these have not yet been installed).

The ship’s main mission systems are being supplied by Aselsan.