The Turkish Army is leading the NATO Response Force (NRF) Very High Readiness Joint Task Force (VJTF) in 2021, NATO announced on its website on 30 December. The VJTF core is provided by Turkey’s 66th Mechanised Infantry Brigade with 4,200 troops, taking over from Poland. 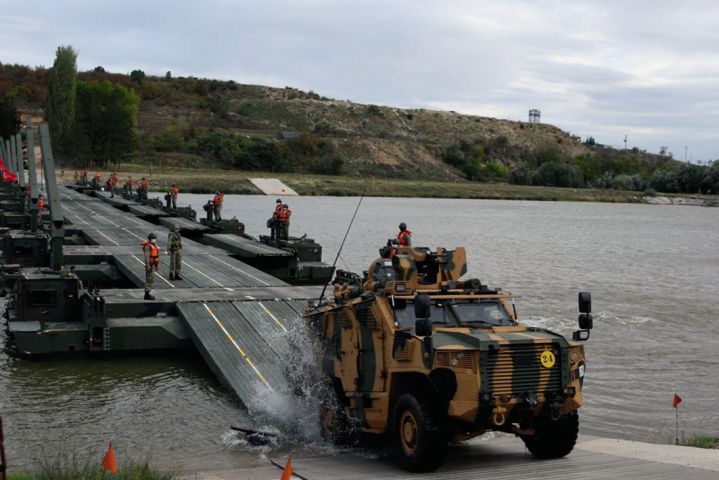 NATO said the brigade is one of the most mobile units in the alliance and that Turkey had made ”substantial” investments in it, particularly in logistics. The brigade operates the latest models of Turkish armoured fighting vehicles, anti-tank missiles, and artillery according to NATO. These include Vuran and Kirpi 4×4 armoured vehicles, Firtina 155 mm self-propelled howitzers, and HY1-12 120 mm mortars. It also has TOW anti-tank guided missiles.

The brigade was certified to lead the VJTF during exercise ‘Anatolian Caracal 2020’ in October.

Another 2,200 troops are provided to the VJTF by Albania, Hungary, Italy, Latvia, Montenegro, Poland, Romania, Slovakia, Spain, the United Kingdom, and the United States.

The NRF is under the overall command of Supreme Headquarters Allied Powers Europe (SHAPE) and NATO’s Joint Force Command (JFC) in Naples is the lead headquarters in 2021. The NATO Rapid Deployable Corps (Turkey) is providing the NRF’s land component command, taking over from Eurocorps. NATO’s Allied Air Command in Ramstein is the NRF’s air component command for alliance Article 5 collective defence and the Italian Joint Force Air Component for crisis response. France is providing the maritime component command and the Belgo-Danish-Dutch Composite Special Operations Component Command provide the special forces command of the NRF in 2021.