Taiwan is looking to reduce its aircraft attrition rate, with the announcement on 26 April that its fleet of Lockheed Martin F-16 Fighting Falcons is to be fitted with an automatic terrain avoidance system. 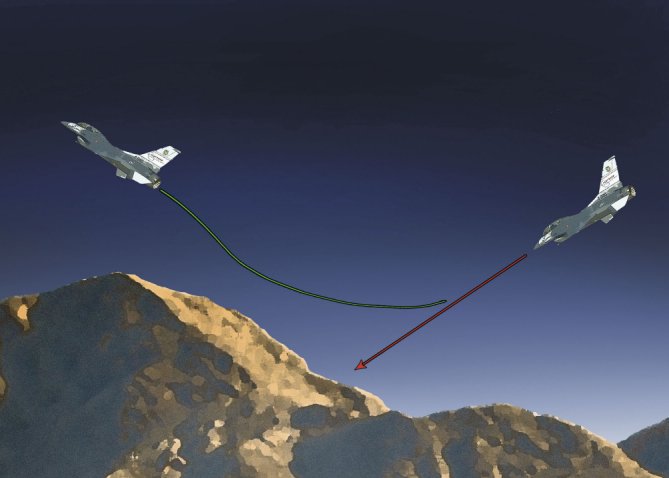 The Auto GCAS system is designed to execute an automatic recovery manoeuvre when terrain impact is imminent. (US Air Force)

According to the US Department of Defense (DoD), Lockheed Martin has been awarded USD138 million for a series of upgrades related to the Republic of China Air Force’s (RoCAF’s) F-16 Peace Phoenix Rising 2 (PPR2) programme, including the fitting of the Automatic Ground Collision Avoidance System (Auto GCAS).

Developed by the US Air Force (USAF), Lockheed Martin, and NASA based on research collected by the three organisations over the previous quarter of a century, the Auto GCAS is intended to reduce controlled flight into terrain (CFIT) by 90%. The USAF has previously told Janes that 26% of its aircraft losses, and 75% of all F-16 fatalities, have been caused by CFIT over recent years.

As previously described to Janes, the system works by predicting CFIT conditions by means of a continuous comparison between a trajectory prediction and a terrain profile. The moment the predicted trajectory touches the terrain profile the autopilot performs an abrupt roll-to-upright and a nominal 5 g pull until terrain clearance is assured. The USAF has previously stressed, however, that it would not interfere with normal operations, such as low-level flying, and can be overridden by the pilot at any time. A Pilot Activated Recovery System incorporated into the system allows a disoriented pilot to manually engage an automated recovery.

Taiwan is looking to reduce its aircraft attrition rate, with the announcement on 26 April that its ...