Russia's T-14 Armata main battle tank (MBT) is to enter series production in 2022, Industry and Trade Minister Denis Manturov told the TASS news agency on 5 July. Manturov added that he expected the MBT's state trials to be completed in 2022. 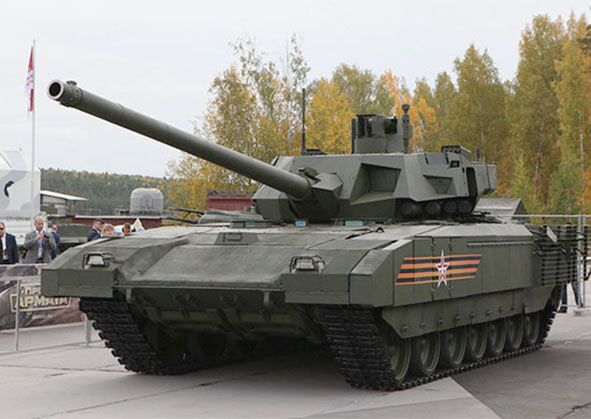 There are conflicting reports about the Armata programme.

Manturov had previously told the Rossiya-1 (Russia One) TV channel in April 2020 that serial deliveries of the T-14 would commence in 2021.

Defence Minister Sergei Shoigu told TASS in March that only “an experimental-industrial” batch of T-14 Armatas, T-15 infantry fighting vehicles, and T-16 armoured recovery vehicles would be delivered in 2022, as opposed to series production vehicles.

TASS reported in 2018 that Prime Minister Yuri Borisov asked journalists, “Why flood the armed forces with the Armata or Boomerangs [Russia's new 8×8 armoured fighting vehicle]?” The Izvestia newspaper reported in 2019 that T-16s would be delivered ahead of that year's Victory Day Parade in Moscow, but this did not transpire.

Borisov added that the T-14 and Boomerang are expensive compared to existing armoured fighting vehicles, and some Russian sources have indicated that the Armata may cost three times more that an upgraded T-72.

However, Uralvagonzavod (UVZ) general director and chief designer Andrey Terlikov told TASS in February that the T-14 Armata would come down in price during its third production run. The Russian Ministry of Defence (MoD) and UVZ “will agree on a price that will suit both parties”, he said.