Sweden has halted its search for a new jet trainer aircraft, with the FMV national procurement agency citing no suitable candidates for its decision. 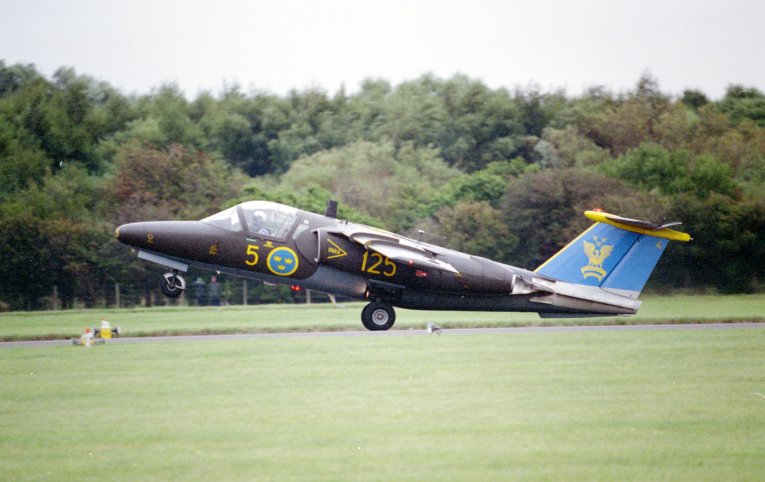 The Saab 105 has been in Swedish service as the SK 60 since 1967 and is in urgent need of being replaced. (Janes/Paul Tompkins)

The announcement on 14 September came some four months after the country issued a request for quotations (RFQ) in May to source a replacement for the Swedish Air Force’s (SwAF’s) Saab 105 (SK 60 in national service) jet trainer.

“We cancelled the procurement in August. We had not received a tender that met all the requirements,” Andreas Säf Pernselius, Project manager at FMV was quoted by the agency as saying.

According to the FMV, the need remains to replace the SK 60 that first flew in 1963 and joined the SwAF inventory in 1967. The current situation is being analysed, the agency said, and preparatory work for a new procurement effort is under way with the goal of having a new training system up and running at Malmen airbase in Linkoping by the third quarter of 2023 (the original timeline).

In replacing its SK 60 aircraft, Sweden is looking to acquire new aircraft, simulators, safety equipment, and three years (plus the option for a further two years) of maintenance services. As noted in the original tender, the constituent parts of the training requirement are the aircraft, flight safety equipment (helmets, mask, lifejacket, parachute), simulators, part-task trainer (simpler PC-type simulator), computer-based training, through-life support; and maintenance of the aircraft and simulators.

SwAF flight instructors should have access to the selected platform before that date in order to prepare for the start of student training.

Sweden has halted its search for a new jet trainer aircraft, with the FMV national procurement agenc...