Spain is set to receive new Eurofighter combat aircraft to augment its existing fleet and to begin the process of replacing its Boeing EF-18 Hornet fleet. 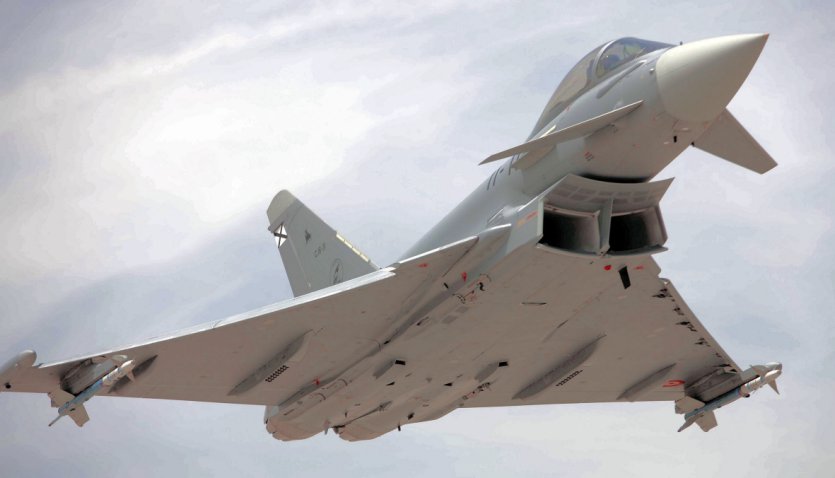 Spain looks set to increase its Eurofighter fleet under Project ‘Halcon’, with a contract for an initial 20 aircraft anticipated to be signed-off in 2021. (Eurofighter)

The proposed deal that the government is currently negotiating with Airbus, announced on 9 July, will involve an initial 20 Eurofighters being delivered to the Spanish Air Force (Ejército del Aire Español [EdAE]) to replace Hornets based on the Canary Islands.

The deal, which Airbus told Janes is expected to be signed in 2021, would be the first part of a wider plan to retire the service’s Hornets with the latest-standard Eurofighters between 2025 and 2030, dubbed Project ‘Halcon’ (Falcon).

As previously described to Janes, these Tranche 3+/Tranche 4 Eurofighters (company officials have used both designations) would be of the latest Tranche 3 standard, and will also feature an active electronically scanned array (AESA) radar and other modifications. For Spain, the AESA would be ‘Radar 1’, development of which is being led by Hensoldt and Indra.

This new Eurofighter procurement and the retirement of the Hornets is part of a wider modernisation plan for the EdAE’s combat fleet that is called Road Map 2035++.

The EdAE currently fields 73 Eurofighters, comprising 19 Tranche 1, 34 Tranche 2, and 20 Tranche 3 aircraft, as well as 91 EF-18A and EF-18B Hornets. The Road Map 2035++ seeks to manage these fleets out to, and beyond, the introduction of the New-Generation Fighter that Spain is to develop alongside France and Germany as part of the wider Future Combat Air System (FCAS).

Spain is set to receive new Eurofighter combat aircraft to augment its existing fleet and to begin t...