South Korea’s Agency for Defense Development (ADD) is aiming to enhance the range and combat capabilities of Korea Aerospace Industries’ (KAI’s) FA-50 Fighting Eagle light combat aircraft, 60 units of which are currently in service with the Republic of Korea Air Force (RoKAF). 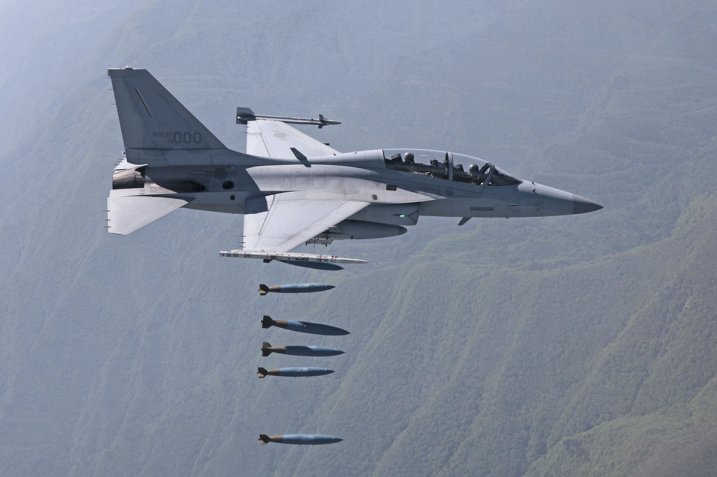 South Korea’s ADD is aiming to improve the combat capabilities of the KAI FA-50 light combat aircraft, 60 units of which are currently in RoKAF service. (KAI)

As its ageing F-5E/F and F-4E combat aircraft are gradually decommissioned, the RoKAF would like the twin-seat, single-engined FA-50, which was originally developed to provide close air support, to play a bigger role in the force, a military official told Janes on 18 June.

As a result the ADD will conduct a study from July to December to examine how to expand the aircraft’s capabilities in several areas, including the possibility of it carrying conformal fuel tanks for extended range, as well as targeting pods and new weapons systems, including beyond-visual-range air-to-air missiles (BVRAAMs).

The FA-50 Fighting Eagle is the light-strike variant of the T-50 Golden Eagle advanced jet trainer. Developed along similar lines to the Yak-130 and M-346, the FA-50 has an internal General Dynamics M197 20 mm three-barrel Gatling-gun (modified M61A2) and seven external stations (one on centreline, two under each wing, and an air-to-air missile [AAM] rail on each wingtip) for AAMs and air-to-surface missiles (ASMs), rocket pods, bombs, munition dispensers, practice bombs or equipment, and training targets.

South Korea’s Agency for Defense Development (ADD) is aiming to enhance the range and combat capabil...