South Korea’s Agency for Defense Development (ADD) announced on 11 May that it has completed development of a new ‘sense-and-avoid’ navigation technology aimed at enabling unmanned aerial vehicles (UAVs) to autonomously elude threats and obstacles.

The agency said in a statement that the technology allows UAVs to autonomously set the optimal flight path to respond to potential threats at close range, and safely reach their destination. To this end, the new navigation system uses a sensor mounted on the UAV to collect external information and automatically generate an algorithm for operating the platform. 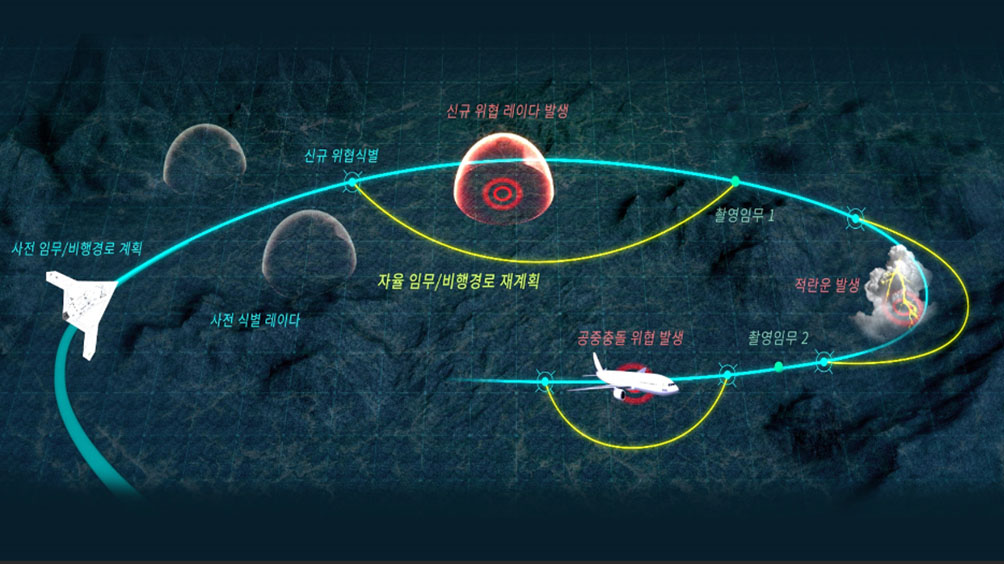 South Korea’s ADD announced on 11 May that it has completed development of a new ‘sense-and-avoid’ navigation technology designed to enable UAVs to autonomously elude threats and obstacles. (ADD)

Development of the new navigation and mission management technology started in 2017, with the ADD saying that it now plans to include it in the development of cluster-type UAVs and complex unmanned aerial systems. In the future, we plan to conduct research on artificial intelligence-based technologies that can recognise tactical situations, and on a technology that optimises the simultaneous operation of multiple UAVs, as part of efforts to continuously improve the performance of UAV autonomy, said the agency.

The new autonomous navigation technology can effectively improve the survivability of military UAVs in future battlefields. It can also be used in the civil sector as the basis for developing a safe operating system for artificial intelligence-based autonomous robots and unmanned air transportation such as urban air mobility (UAM) services.

South Korea’s Agency for Defense Development (ADD) announced on 11 May that it has completed develop...