South Korean company Hanwha Defense announced on 1 July that one of the three AS21 Redback infantry fighting vehicles (IFVs) currently undergoing risk mitigation activity (RMA) trials for an Australian Army requirement will also be tested by the Republic of Korea Army (RoK Army).

The company said in a statement that the Redback, which has been shortlisted alongside Rheinmetall's Lynx KF41 IFV for Canberra's Land 400 Phase 3 project aimed at providing and supporting up to 450 tracked IFVs and 17 manoeuvre support vehicles, will be trialled by the South Korean army from April to June 2022. 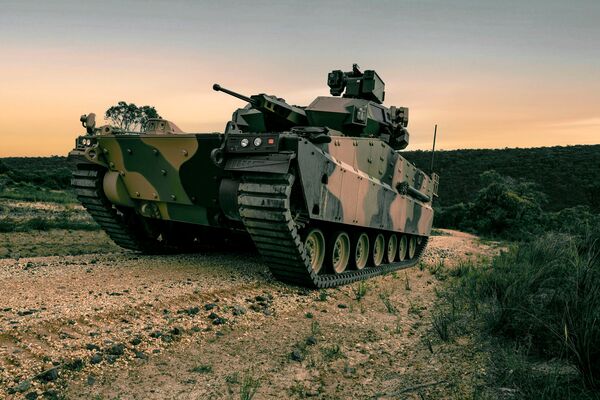 Hanwha Defense announced on 1 July that one of the three Redback IFVs currently undergoing RMA trials for an Australian Army requirement will also be tested by the South Korean army. (Hanwha Defense)

“Following Australian tests and evaluations one of the three RMA vehicles will be handed over to an RoK Army mechanised unit. The trial sessions will include driving tests both on paved and unpaved roads as well as tactical field training,” a company spokesperson told Janes, adding that the decision was made by South Korea's Defense Acquisition Program Administration “as part of its efforts to assess the detailed capabilities of up-to-date weapons systems available for overseas sales”.

The RoK Army currently operates the K21 IFV, and a Hanwha Defense spokesperson has told Janes that the service plans to acquire more K21s. However, the service requires a next-generation IFV as part of ‘Project K31' to meet its mid- to long-term operational requirements.

South Korean company Hanwha Defense announced on 1 July that one of the three AS21 Redback infantry ...