South Korea has unveiled an indigenous active electronically scanned-array (AESA) radar prototype for use by the Republic of Korea Air Force’s (RoKAF’s) next-generation multirole fighter aircraft, which is being developed under the Korean Fighter eXperimental (KF-X) programme.

The radar, which has been under development since 2016 by South Korean company Hanwha Systems and the country’s Agency for Defense Development (ADD), was unveiled in a ceremony held on 7 August, according to the Defense Acquisition Program Administration (DAPA).

The radar will now undergo further ground performance and installation tests before being integrated with the first KF-X prototype for further testing, said South Korean officials, adding that Elta Systems – a subsidiary of Israel Aerospace Industries (IAI) – has collaborated on the programme and is assisting with the testing phase.

Very few details have emerged about the AESA radar, which officials have described as a “state-of-the-art system capable of detecting and tracking more than 1,000 targets simultaneously”. 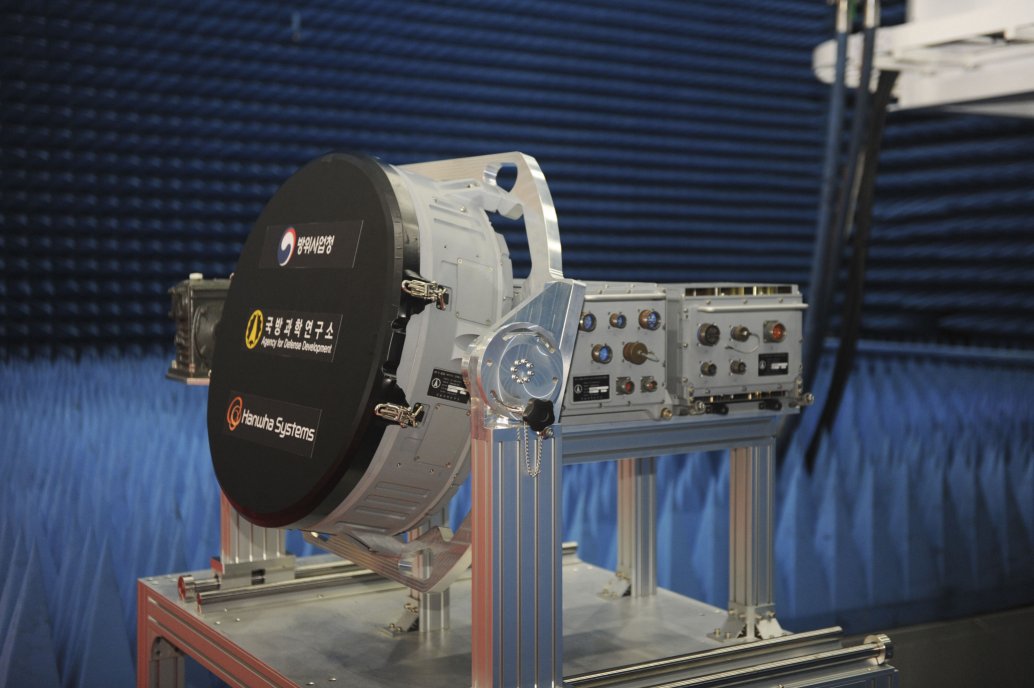 South Korea unveiled a locally developed AESA radar prototype on 7 August for use by the country’s next-generation multirole fighter aircraft under the KF-X programme. (DAPA)

The latest developments come after South Korean aerospace and defence company Korea Aerospace Industries (KAI) revealed in July that it plans to roll out the first KF-X prototype in April 2021. No further details were provided about the programme but Janes understands that the prototype is expected to conduct its first flight in 2022.