The agency said in a statement that it succeeded in developing aerial structure design technology as well as flight control algorithms that can help reduce a UAV's radar cross section (RCS).

The new technology, which was the result of a five-year project launched in 2016, was verified on the ground through a series of RCS measurement tests using a mock-up tailless UAV that was covered in radiation-absorbent material, said the ADD. The agency also conducted flight tests using a miniature version of the low-observable UAV to verify the flight control algorithms.

Janes understands that this technology will likely accelerate the development of the Kaori-X stealth UAV demonstrator that was unveiled by the ADD in August 2020 and has been used to validate technologies related to low observability, aerodynamic control and stability, as well as propulsion. The demonstrator is understood to have already performed take-offs and landings at undisclosed test facilities. 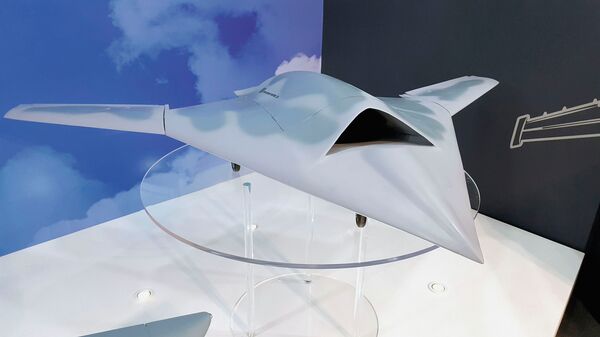 A model of KAI's planned KUS-FC UCAV at the ADEX 2017 defence exhibition in Seoul. The KUS-FC is one of the low-visibility UAV designs currently being developed in South Korea, along with the ADD's Kaori-X stealth demonstrator. The ADD announced on 7 September that it had secured core technology to develop low-visibility, tailless UAVs. (Janes/Gareth Jennings)

A few years earlier, at the ADEX 2017 defence exhibition in Seoul, Korea Aerospace Industries (KAI) had displayed a model of a tailless unmanned combat aerial vehicle (UCAV) called the KUS-FC. KAI told Janes at the time that this UCAV is expected to have a wingspan of 16 m and an endurance of six hours.

South Korea's Agency for Defense Development (ADD) announced on 7 September that it has secured core...