The MND said on 31 August that the new expenditure, which will be submitted to the National Assembly for approval, is a year-on-year increase of 4.5%. 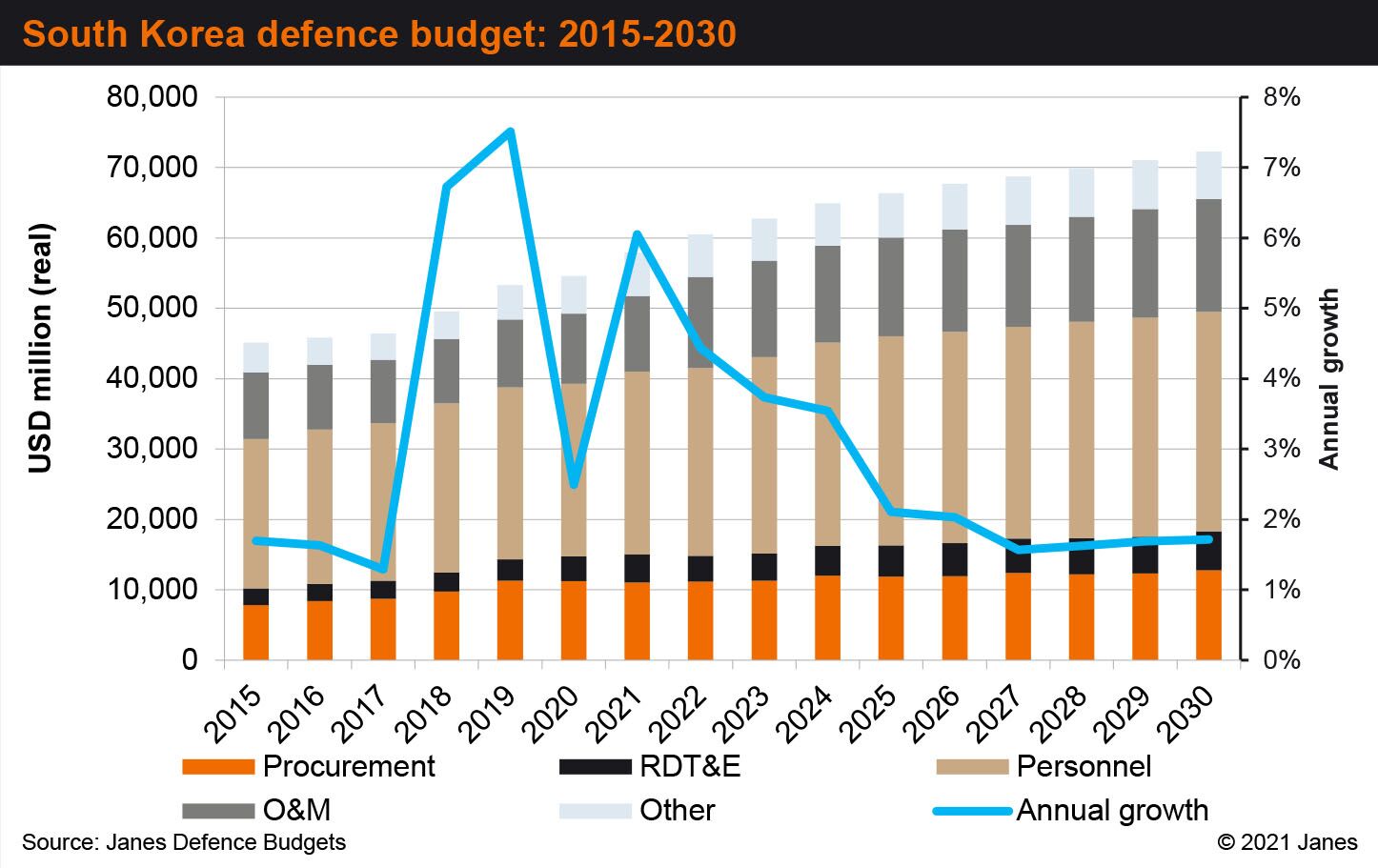 The MND said in a press release that its proposed budget for 2022 comprises KRW17.34 trillion for force modernisation and KRW37.89 trillion for military operations, increases of 5.7% and 2% respectively.

The force modernisation expenditure includes about KRW12.46 trillion for military procurement and KRW4.88 trillion for research and development (R&D). The MND said it is aiming to spend 87% of these expenditures on local products and technologies. R&D funding in 2022 will increase by nearly 13%, it said.

The proposed funding also comprises increases for defence-industrial support measures including innovation in 4th Industrial Revolution technologies. Other MND priorities in the proposed budget include funding for military personnel welfare, training facilities and infrastructure, and logistics and sustainment.