Disinformation campaigns that target the EU’s military and civil security missions in Africa and elsewhere to undermine their credibility are rising, according to EU officials. A new approach to analyse and counter the problem will be launched in the coming months.

“The simple fact is all our missions are being targeted by disinformation,” said Admiral Hervé Bléjean, head of the EU Military Staff and its operational headquarters, Military Planning and Conduct Capability (MPCC). Adm Bléjean and others addressed their remarks to a 16 November meeting of the European Parliament’s sub-committee on security and defence (SEDE).

For example, Bléjean said that Operation ‘EUNAVFOR MED IRINI’, the EU’s naval mission in the Mediterranean to enforce the UN arms embargo on Libya, regularly contends with disinformation from Turkey “which uses any ambiguity to its advantage” in the region, while in Mali – where the EU has a mission to train Malian troops – the problems tend to come from disgruntled locals who circulate rumours linked to anti-colonial sentiment. 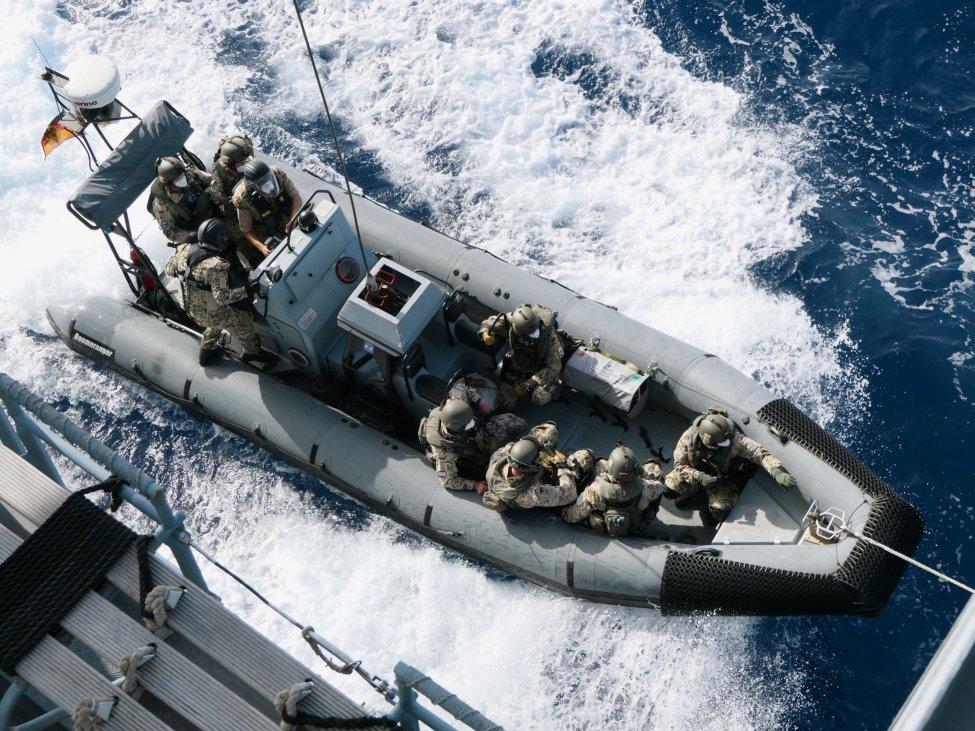 A boarding team from the German frigate Hamburg arrives to inspect the merchant vessel Royal Diamond 7 , which was carrying jet fuel from the United Arab Emirates to the Libyan city of Benghazi, on 10 September 2020. The operation was part of ‘EUNAVFOR MED IRINI’, launched in May. (EUNAVFOR MED IRINI/Anadolu Agency via Getty Images)

The acutest problem lies with Moscow’s activities in the Central African Republic (CAR), where the EU has had a military training mission since mid-2016. “I was there in October and the disinformation is a real handicap. Our EU head of mission in Bangui is constantly bombarded by it: unscrupulous and low-quality disinformation fed to the local media that attempts to portray [the] EU as a poor partner,” he said.