The Israeli company Smart Shooter unveiled on 21 July its Smash Hopper light weapon station that allows an assault rifle to be remotely controlled to provide a “one shot – one hit capability” from a safe distance. 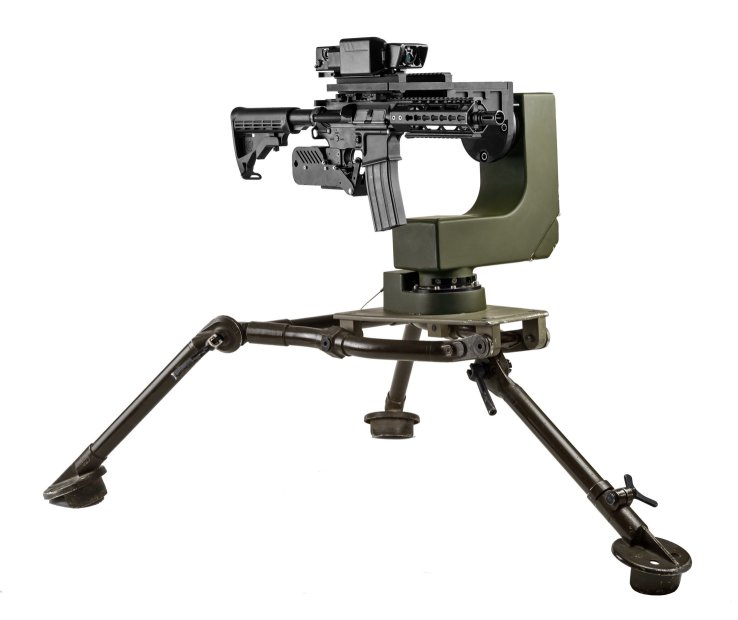 The Smash Hopper on its deployable tripod. (Smart Shooter)

The company described the weapon station as compact and lightweight at 15 kg, enabling it to be rapidly deployed. It features day and night cameras and automated target detection. It can be linked to an existing command-and-control system via a cable or wireless connectivity so that it can receive or send targets to other sensors or weapons.

“Smash Hopper has been optimised to increase the survivability of tactical units through the provision of enhanced and clandestine surveillance, accuracy, and lethality,” it said.

Company sources have told Janes that the system supports assault rifles with 5.56 mm and 7.62 mm calibres and future versions will support other calibres such as 6.5 mm and 6.8 mm, as well as light machine guns. It has both software and hardware safety features that ensure it can only be fired by its operator.

“The system provides a portable solution that can be mounted utilising a stand-alone deployable tripod, a stationary fixed mast, a lightweight vehicle, and medium-sized unmanned ground vehicles,” a company source said.

The Israeli company Smart Shooter unveiled on 21 July its Smash Hopper light weapon station that all...