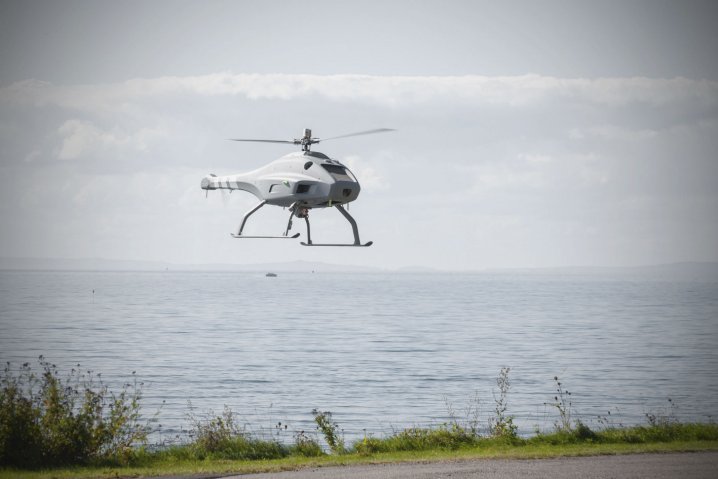 The Skeldar V-200 UAS will provide the aerial component for the BE/NL MCM programme. (UMS Skeldar )

The programme is being led by Belgium Naval & Robotics, a consortium comprising ECA and Naval Group, which was selected in 2019 to deliver a next-generation stand-off MCM capability based on mother ships employing a ‘toolbox’ of offboard MCM systems. Each nation is procuring six mother ships and five toolboxes.

Under the terms of the ECA contract, Skeldar will supply 10 V-200 systems, with deliveries starting from 2023. The V-200 systems will be fully integrated with the toolboxes, which include the Inspector 125 unmanned surface vessel, the A18-M autonomous underwater vehicle, T18-M towed sonars and mine identification/destruction systems comprising the Seascan and K-ster C remotely operated vehicles.

The first-of-class mother ship is planned to be delivered to the Belgian Navy by 2024, followed by the first Dutch unit in 2025. Subsequent units will be delivered at six-month intervals, alternating between both navies.

Briefing reporters on 8 July, Antony Penn, communication and business development director for ECA Robotics, said the Skeldar V-200 was selected for its “robust and reliable capabilities” and its proven track record in the maritime domain for the German and Canadian navies, for which contracts were secured in 2018 and 2019 respectively.

David Willems, UMS Skeldar’s vice-president business development and strategy, also highlighted the system’s heavy-fuel engine, manufactured by Hirth Motors, which he claimed is the “best heavy-fuel engine in the market today”, with a time between overhaul of 500 hours.

The research phase of the programme to replace Dutch-Belgian M-frigates has been completed but deliv...
Thank you for your inquiry, a Janes representative will be in contact with you shortly.