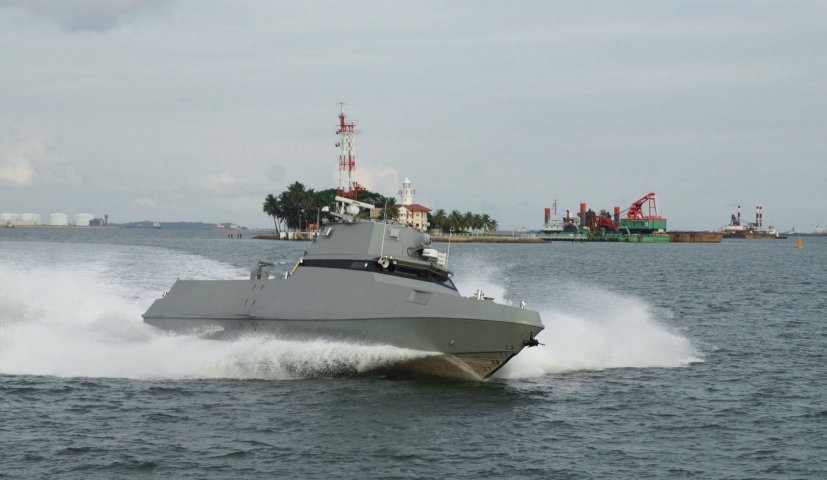 “This will allow our manned warships, like the LMVs, to be deployed at further ranges from Singapore and more strategically for complex missions”, the Ministry of Defence (MINDEF) said in a March 2018 statement, where first mention of the coastal defence USV was made.

Images of the USVs indicate that the vessels have been built with largely similar physical characteristics as the mine countermeasure (MCM) variants, which have been developed earlier under a partnership between the RSN and the country’s Defence Science and Technology Agency (DSTA) and DSO National Laboratories.

The coastal defence USV has an overall length of approximately 16 m, an overall beam of about 5 m, and displaces approximately 30 tonnes. It has top speeds in excess of 25 kt and an endurance of more than 36 hours. It will be equipped with strobe lights, sirens, and “advanced sensors and weapons systems”, said MINDEF in its 2018 statement, although further details on these have yet to be disclosed.

In a further statement prepared for Janes on 6 October, MINDEF described the sea acceptance tests as a process to assess the USV’s autonomy and functionality.

With the Mine Countermeasures Unmanned Surface Vehicle (MCM USV) and related equipment in the Unmann...