The Republic of Singapore Air Force (RSAF) is trialling a new combat aircraft munitions loader that it believes will increase the precision and efficiency of ground crew during munitions loading for timely air power generation, the Ministry of Defence (MINDEF) announced on 30 June.

According to MINDEF, the enhanced munitions loader incorporates a range of technology enablers such as data analytics and robotics developed by the Defence Science and Technology Agency (DSTA) in partnership with the RSAF, enabling the loader to be operated by only one personnel compared to the typical three-person loading team required for the service’s existing systems, translating into potential manpower savings of up to 66%. 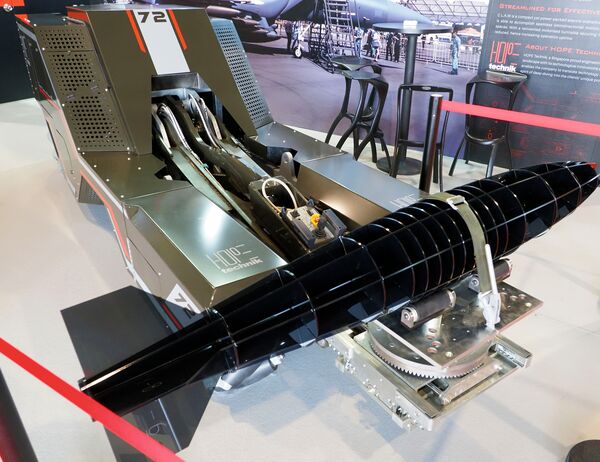 The indigenously developed Compact Loader for Aircraft Weapons is designed to manoeuvre easily in confined spaces using its Mecanum wheels, which enable it to perform omnidirectional movement . A prototype system is seen here. (Janes/Kelvin Wong)

The RSAF operates several types of munitions loaders including the MJ-1 ‘Jammer' hydraulic stores lifter, which has seen widespread use by international air forces since the 1950s.

The MINDEF said that the enhanced munitions loader is undergoing trials and is expected to be deployed for operations by the end of the year, although it did not disclose the number of systems acquired or detailed specifications.

However, Janes can confirm that the enhanced munitions loader was originally developed by HOPE Technik, a local technology developer specialising in bespoke research and manufacturing for the commercial, defence, and government sectors.

The company first unveiled a prototype, which it calls the Compact Loader for Aircraft Weapons (CLAW), at the 2020 edition of the Singapore Airshow exhibition.

The Republic of Singapore Air Force (RSAF) is trialling a new combat aircraft munitions loader that ...