Serbia presented 10 BRDM-2M armoured reconnaissance vehicles gifted by Russia at ‘Mija Stanimirović’ barracks in Niš on 29 July, the Ministry of Defence (MoD) announced on its website. 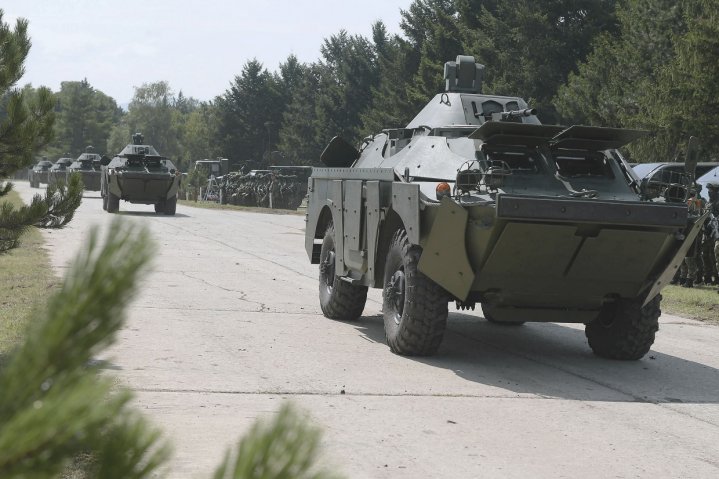 Serbia presented the first 10 of 30 BRDM-2Ms provided by Russia at ‘Mija Stanimirović’ barracks in Niš on 29 July. (Serbian MoD)

The MoD announced on its website on 27 July that the BRDM-2Ms, plus spares, had arrived in Serbia by Russian air transport.

Vučić said during their presentation on 29 July that Russia had paid for the upgrade of the donated vehicles. Colonel Vladan Milosavljević, head of the Serbian Army's planning and development department, gave details of the upgrade, which includes added ballistic protection; installation of a 150 hp diesel engine, doubling the range of the vehicle; a new fire control system; two sights; and a gyro-stabilised turret with armament, allowing firing on the move.

The Serbian MoD added that the BRDM-2Ms have 14 mm frontal armour, 7 mm side armour, and 8 mm chassis armour, plus 20 6 mm armour plates for the entire vehicle. The ministry claims the frontal armour provides protection from a 14.5 mm round at a range of 300 m. Mine protection is further improved by a rubberised carpet on the floor of the vehicle to reduce shrapnel and fragment penetration.