The SDA’s development work in standing up the National Defense Space Architecture (NDSA), which is designed to detect, identify, and deter potential terrestrial and space-based threats “has offered an opportunity that we have not had before, and that is Title 10 [authority] DOD (Department of Defense) sensors in space”, said David Tremper, the director of EW with the Pentagon’s acquisition and sustainment directorate.

“Historically, when we have done tactical EW support from space-based sensing, it is an intelligence community and DOD collaboration”, which requires US military leaders to work through network infrastructures developed and used by the US intelligence community and not by the US Armed Forces, he said. “The emergence of US Space Force and SDA has created Title 10 authorities” for space-based, military-centric tactical EW operations to take place outside the limitations of the intel community’s architectures and infrastructures, according to Tremper.

Space-based counter-intelligence, surveillance, and reconnaissance (ISR) missions, executed as part of the EW portfolio, could also see a resurgence due to the potential military capabilities posed by the NDSA. 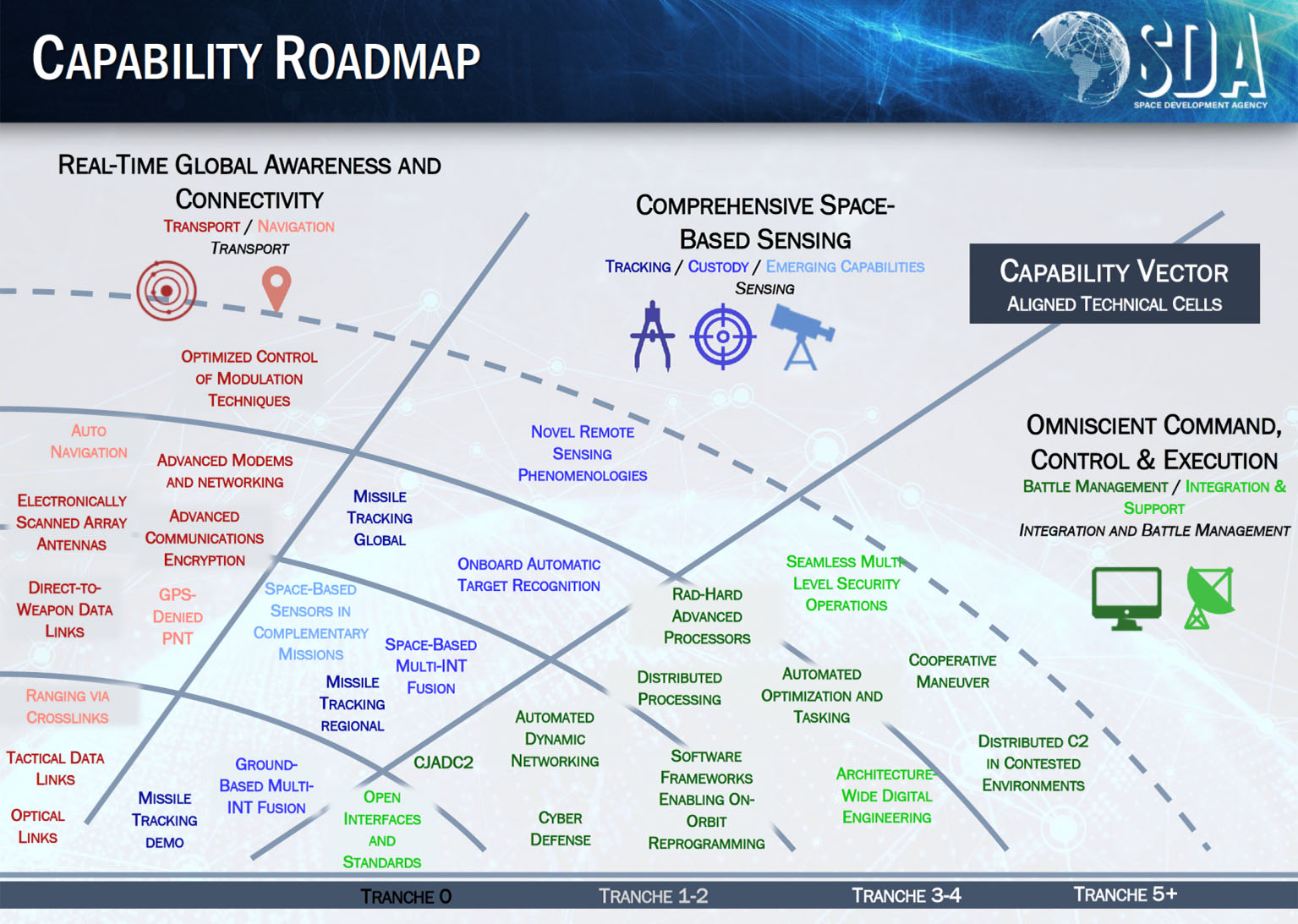 A Space Development Agency rendering of anticipated satellite capabilities under the National Defense Space Architecture. (US Department of Defense)

“This [mission] has always been on the periphery of EW, but it is starting to come in more to the tactical EW conversation as we see kill-chains get shorter … adversaries getting the capability to sense at long range, shoot at long range with what we would traditionally consider strategic [level] sensing,” Tremper said.